What are the implications of the Fed rate trajectory? 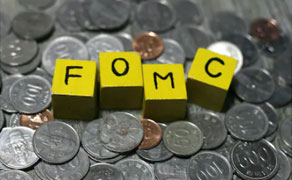 Just one more rate hike in 2017..
The Fed in its latest policy announcement has virtually affirmed that there will just be one more rate hike this calendar year. That will be in sync with the original estimate of 3 rate hikes by the Fed during the calendar year 2017. Additionally, the Fed has guided that there will be additional 3 rate hikes in the calendar year 2018, which could take the upper end of the range closer to the 200 basis points level. The Fed is on target to achieve its outer limit of 3% over the next 3 years. However, the Fed has also affirmed that the eventual equilibrium rate will still be below the pre-crisis low which is broadly a dovish signal.

The CME Fed Watch tool captured in the chart above, assigns probabilities to different levels of Fed rates over the next few Fed meetings. The probabilities are captured based on the implied probability of the Fed Futures trading on the CME. From the chart above it is quite clear that the markets are not expecting the Fed to implement its third rate hike in the near future, at least not before end of this year. In fact even till the middle of June 2018, the Fed futures trading is not expecting more than 2 additional rate hikes of 25 basis points each from current levels. However, it needs to be remembered that these probabilities are as on date and therefore are subject to change as macro cues keep changing from time to time.

How the data shaped up and what it means for future rates trajectory..
The Fed rate decision has been largely predicated on 3 macroeconomic factors viz. rate of inflation, rate of economic growth and jobs data. The unemployment is at 4%, which is as close to full employment as can be. Economic growth in the US fell to 0.7% in the first quarter, but the Fed has affirmed that it represents more of an aberration. Inflation is still below the benchmark 2% mark. In fact, the Fed has toned down the year-end inflation expectation from 1.9% to 1.7%. If one excludes the outlier impact of oil prices, that inflation figure may still be around the 2% mark. The data flow, therefore, is perfectly conducive to the Fed further increasing the Fed rates.

The Fed is also making provisions that the fiscal stimulus in the form of lower taxes and higher infrastructure spending will also add to inflation and to growth. The Fed has gone ahead and has hiked rates despite inflation being below 2%, as it expects the fiscal stimulus to do the rest of the job. It is also a tacit admission that there is only so much that monetary policy can do and now it is up to the fiscal policy to chip in.

What does the Fed rate action mean for India?

For India, the Fed rate action has the following implications..

The Fed trajectory on rates is broadly in line with its original guidance. To that extent, it is not likely to have any disruptive influence either on the financial markets in India or even in the currency markets.

The RBI, in its previous MPC meetings, has already shifted its monetary stance to neutral and has even asked markets to prepare for a possible rate hike in India. This benign trajectory painted by the Fed will largely allay these fears and the RBI may have an incentive to shift its monetary stance back to accommodative in its August credit policy.

A rate hike is a signal by the Fed that economic growth is coming back to the US economy. In fact, the Fed has projected full year GDP growth this year at 2.2%. While this is lower than previous estimates, it is still material considering the huge base of GDP in the US.

The big takeaway in the Fed policy announcement could be the tapering of the Fed bond portfolio, which is estimated at around $4.5 trillion currently. The Fed has affirmed that the tapering is likely to be gradual and calibrated keeping enough room for a course change. After the experience of 2013, India would surely find that a sobering thought.

Lastly, the taper could actually reduce the risk of monetary tightness in the US. Normally, in a taper, the Fed will not roll over redemptions. That means liquidity will be sucked out of the system and this normally leads to a hardening of yields. If yields harden without rate hike, then the Fed may consider the size and quantum of rate hikes. That should lead to a slightly less hawkish approach to rates by the Fed and that will surely favour India.

The Fed rate trajectory has surely given Indian markets something to savour. How the RBI reacts to these cues in the next couple of months, will decide how monetary policy evolves in India!