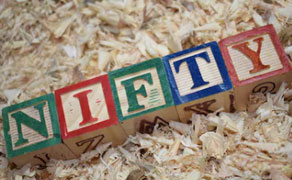 It is always hard to make stock predictions for the next 5 years, leave alone making stock market predictions for the next 20 years. We are therefore not trying to predict the level of the Nifty or the Sensex for the next 20 years. Frankly, back in 1997 it would have been impossible to predict that the Nifty would have growth 7 fold in the next 10 years and virtually failed to cross that peak for another 8 years. But that is exactly what happened. Our Nifty predictions 2035 are more about the likely composition. Again, the focus is not on specific stocks or sectors but on broad trends. But why is this Nifty mix so critical?

It is a challenge to make predictions about particular stocks as you cannot really foretell how a single industry may fare in the future. However, in border terms, a certain degree of predictable outcomes may be envisaged. So, a blend of stocks and companies is easier to account for in a Nifty 50 prediction today. Why is this Nifty mix so critical?

How the Nifty composition shifted over the last 20 years..

If you compare the Nifty composition since 1995, you will find that only 15 out of the 50 companies have remained in the Nifty index after 20 years. Check out the chart below..

If you look at this differently, only 30% of the companies have continued in the Nifty at the end of 20 years and that is a high 70% attrition rate. Therefore, one can safely assume that going ahead, by 2035, only about 30% of the current crop of companies will still remain in the index. It would, therefore, be interesting to understand what will drive the inclusions and exclusions in the index over the next 20 years. Some key features of the shift over the last 20 years were as under:

None of the PSUs were present in the index back in 1995 as the entire divestment process started after that. So, heavyweights like ONGC, IOC, BPCL, HPCL and GAIL are all missing and were added subsequent to their divestment.

Private Banks have seen a huge inclusion in the Nifty. While only HDFC Bank and ICICI Bank were present in the Nifty in 1995, we now have newer private banks like Axis Bank, Kotak Bank, Yes Bank and IndusInd Bank included in the Nifty. Even NBFCs like Indiabulls Housing and Bajaj Finance have made it to the Nifty. The banking and finance sector accounts for a large portion of the Nifty in the present day, contrasting to previous years.

It is hardly surprising that IT stocks were a subsequent addition as were many pharma companies. The IT sector, and the sector of pharmaceuticals has witnessed recent booms and are only growing by the hour. Hence, stocks like TCS, Infosys, HCL Tech, Wipro, Lupin, Sun Pharma, and Cipla were all subsequent additions. It also reflected the shift in market valuation focus from hard assets to soft assets and also placed a greater premium on global Indian enterprises. Since most Indian companies are now hitting international levels of functioning, these are a crucial part of any Nifty prediction for the next 5 years and beyond.

Finally, there was telecom which did not exist as a competitive industry back in 1995. Of course, the telecom industry in India was virtually invented by Bharti Airtel. Later Bharti Infratel, the towers unit of Bharti Airtel, also got added. Subsequent to the merger of Idea and Vodafone, we could also see the merged entity come back and add heft to the Nifty.

How the sectoral mix of the Nifty has shifted in the last 20 years..

The big story of the last 20 years appears to be the rising weightage of the banking and financial sector. If you compare other sectors to this sector alone, you will see that BFSI wins hands down by large margins. This is because of more industrial growth in India and a major demand for services that the BFSI sector provides. The BFSI has, thus, emerged as an essential sector for the Indian economy to thrive and prosper.

Two sectors have seen a sharp downgrade in the last 10 years. With crude oil prices coming down sharply over the last 3 years, the weightage of the energy sector has come down sharply from 28.5% in 2005 to just 13% I 2019. Similarly, IT which had a weightage of 20.3% in 2005 has fallen to 11.6% in 2017. These two biggest losers in weightage have helped the financial services sector increase its weight substantially. Hindustan Unilever and ITC continue to dominate the consumer goods sector but its share has seen a sharp fall. Most of the consumer goods MNCs have been dropped from the index over the years while the sector itself has been under growth and margin pressure.

What does that bode for the Nifty composition in 2035?

As we said earlier, it would be too optimistic to predict the composition of the Nifty in 2035. But here is how it could change..

Consolidation could play a big role in the next few years. We are seeing that in the telecom where the industry is gravitating around a handful of players. We could see that in sectors like IT, Pharma and energy. In the energy space we are already talking about a mega oil behemoth which could be formed by the merger of the leading oil and gas companies. In IT and pharma we could see the leaders emerge and build on their strengths sharply in the coming years. That will create a winner-take-it-all situation. Watch out for that!

You could see the Baby Bell syndrome play out in a variety of ways on the index. For starters, the Reliance Group could hive off its telecom and retail business into separate businesses and both could emerge as key players in the index. We could see Tata Group and the Birla Group doing a similar kind of realignment of business and we could see lateral additions to the index.

Lastly, we could see representation from sectors that are not exactly represented in the index today. What are the possibilities? Digital plays don’t find a place in the index but they could soon be on the way. We could see new segments like nanotechnology; robotics, artificial intelligence and other arcane areas enter the mainstream.These are already making entries at the international level and India won’t be far behind in the same areas of progress. For that matter we could see some of the big online retailers and online enablers like Flipkart, Ola and Paytm get listed and occupy a place in the Nifty. Experts and analysts have already predicted this, so it may happen sooner than you can blink. The future of online retail looks extremely promising to the point where predicting its exponential growth goes beyond mere optimistic levels. This is more of a pretty sure thing happening.

Expert Views on the Nifty 50 Prediction

The ace bull of the bull market himself, and one who needs no introduction, Rakesh Jhunjhunwala, has given his views on where the Nifty will be by 2030. That’s pretty close to 2035, right? In early 2021, the man had predicted that the Nifty, in 2030, will find its pride of place at the 1,00,000 mark. He thinks that “India is on a roll” and with the stock market following suit, there is no looking back for this atmosphere. The direction or depth is unclear to the more-than-seasoned analyst, as this is dependent on a number of factors, but the Indian stock market will rise beyond everyone’s expectations.

The India we are now living in, according to Mr. J, is an India that is in a phase of resurgence and rejuvenation. With the government’s changing laws to support production and distribution, enabling more economic growth, the disbursement of social justice is on the rise too. Indians may be largely underestimating the way that India is going to grow in the future, but it is the contention of Rakesh Jhunjhunwala that people are gradually realising that India has what it takes to be the first of its kind in many areas of industry and financial development.

The bottom-line is that the Nifty is most likely to undergo substantive changes by 2035. For all you know, the Nifty in 2035 could be largely unrecognisable in its current form. With the emergence of new companies, and a variety of industries dotting the current Nifty horizon, there may be a buffet of sectors and companies that will certainly do India and the Nifty proud. The potential for growth of companies is a reality in India, and with more international investment holding sway, the Nifty will probably have to open its arms to changing with changing times, mindsets, and an ever-evolving economic environment. May we live in interesting times!