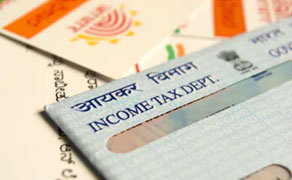 The Income Tax Department has announced this year that all income tax returns will only be accepted if the PAN is linked to the Aadhar card of the assessee. While the government has offered some concessions in case of those who do not have an Aadhar number as yet, this rule will be largely applicable across the board with very few exceptions. Firstly, let us understand the motivation behind this move?

It creates a much needed audit trail of transactions
The Modi government has made the attack on black money in the economy one of its primordial objectives. This first led to the demonetization exercise where all the high denomination currency notes of Rs.500 and Rs.1000 denominations were demonetized overnight in November 2016. The second step was to implement the GST which brought all the Indian businesses under one single tax umbrella in the quest for greater transparency. The last step in this direction is the compulsory linking of PAN and Aadhar. The significance of this move needs to be understood in the right perspective. Currently, the PAN number has to be disclosed for all transactions which exceed a certain threshold. So high value purchases are already being tracked through the PAN card mapping. But there are two challenges. Firstly, the transactions of lower value and split transactions are not being tracked through PAN but Aadhar is a virtual necessity in almost any transaction. This will leave a perfect audit trail and give the tax authorities the means to cross-check the actual tax paid with the trail of transactions. Secondly, multiple PAN numbers are a major risk when it comes to cracking down on black money. However, with Aadhar having a biometric premise, it is very difficult to actually create duplicate Aadhar cards. Therefore the ability of the tax authorities to pin down tax evasion is much higher if this linkage is achieved.

How exactly to link the PAN card with the Aadhar Card?
The big challenge is how to actually achieve this mapping of the PAN card and the Aadhar Card on such a large scale. To facilitate transactions of such complexity over a short period of time, the Income Tax Authorities have facilitated this linking via the online internet platform, by SMS and also by physical submission at facilitation centres. Remember, the matching of PAN Card and the Aadhar Card happens on the basis of the name. Hence it is very important that the names in the Aadhar Card and the PAN Card are exactly the same and in the same order. However, that is not the case in most cases? Therefore there are 3 levels of doing the same…

At the first level if the names in the Aadhar Card and PAN card is perfectly matched and the dates of birth in both the documents are exactly the same, then the linking of the PAN and the Aadhar can be done by a simple SMS itself. You can get a confirmation by SMS in 10-15 minutes and then you can log into your secured Income Tax account and check the status of the linkage. At a second level, the same change can also be done on the internet platform by logging onto your Income Tax website. Like in case of SMS, this works perfectly when the names are perfectly matched. But, what if they are not perfectly matched?

In India the template of names is quite different in the North and the South. While surnames are used in the North of India, people in the South prefer to use their family initials. The internet platform has a solution for this. You can link the Aadhar and PAN online if the name difference is purely due to usage of initials. For example, if the name is Chakravarty Rangarajan in the Aadhar and if it is C Rangarajan in the PAN Card, then the linking algorithm will facilitate the linking based on the commonality of date of birth in both the documents. If the DOB in the two documents are matched then the Income Tax department will send you a one-time-password (OTP) as a second level verification and then go ahead and link the two documents. Therefore, even if your names do not exactly match on your PAN and Aadhar, you can still link them online by using a second level of verification.

However, if the differences are slightly more complex than that, then it is advisable to go to the facilitation centre with the requisite documentary proofs and get the linking done. Either ways, linking your PAN and your Aadhar at the earliest is a pre-requisite to filing your income tax returns for the financial year 2016-17.

Sanctity of the July 01st deadline
Contrary to popular belief, July 01st 2017 is not the last day to link your PAN with the Aadhar card. If you wanted to file income tax returns this year without linking the PAN and Aadhar, then June 30th was the last day. Those of you who do not have an Aadhar Card yet can apply for one and use the Enrolment Number as a proxy proof of Aadhar application. Going ahead, even applying for a PAN card will necessarily require either an Aadhar Card number or at least an enrolment number allotted. However, effective July 01st 2017 it will not be possible to file your income tax returns without linking your Aadhar Card or in case of fresh application the enrolment number with your PAN card.

The government has clarified on its intentions to make the Aadhar the nucleus of the entire financial and taxation system in India. That would surely be one more step towards greater transparency and ensuring greater compliance and better audit trails!