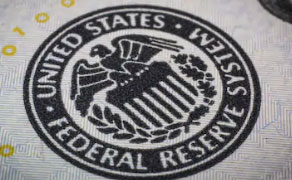 While the final announcement on the Fed chief is still expected, it is quite clear that Jerome Powell is the most likely candidate. On November 02nd, Donald Trump had already indicated Jerome Powell as his choice for the next Fed chief. Janet Yellen completes her term in February 2018 and at that time Jerome Powell is expected to be the next Fed chair. The final announcement will be made on November 28th this year but with Trump strongly backing Powell, it appears more of a formality.

Over the last 40 years, Fed chiefs have made important contributions to monetary policy. First, it was Paul Volcker who took charge in the late 70s and embarked on a tightening policy. During his tenure there was the Latin American crisis and interest rates were well into double digits. Subsequently, it was up to Alan Greenspan to make efforts to spur growth during the 1990s. Even as he complained about “Irrational exuberance”, Alan Greenspan spurred two of the biggest bull market frenzies in 1999 and later in 2006.

Ben Bernanke, who followed Greenspan, had to manage monetary policy during the peak of the Lehman crisis and was the brain behind the loose monetary policy which revived global markets. Yellen inherited a more secure US economy but she had to contend with the duality of raising rates at a time when inflation was static. What exactly will Jerome Power do on some of the key monetary parameters? Let us understand who is Jerome Powell. Let us understand how does the Federal Reserve work and what are the things you need to know about the Federal Reserve?

What are the things you need to know about Jerome Powell..

Unlike previous Fed chiefs, who were trained economists, Jerome Powell is a trained lawyer. Hence he brings legal acumen more than economics acumen to the table. He has been on the Federal Reserve Board from 2012 onwards and his monetary approach is largely similar to that of Janet Yellen. He is more of a stickler for data and is likely to stick to the 3 crucial parameters of inflation above 2%, improvement in GDP growth and full employment to decide on a rate hike. Under the present circumstances, his view on the monetary policy is likely to be more aligned towards keeping rates dovish. There is another aspect here. Jerome Powell is also a Republican and therefore we could see a better and more organized alignment of monetary policy and fiscal policy especially considering that the tax cuts and the infrastructure spending, when they start, will have to align with monetary policy.

What will be Jerome Powell's take on rate action?

There are a variety of indications here. Donald Trump has complained about the Fed being too slow on rate hikes. Internally, there are voices like Neil Kashkari who have actually advocated rate cuts to spur the US economy to a higher growth plane. Then, there are brokers like Goldman Sachs who are already betting on 4 rate hikes in 2018 as compared to the original Fed guidance of 3 rate hikes. Jerome Powell is most likely to continue the Yellen policy on rates. Powell has never been a big votary of aggressive rate cuts with the belief that it could stymie growth. So, there could still be rate cuts in 2018 but it is unlikely to be as aggressive as what Goldman Sachs has been suggesting. Not only could rate hikes get further back-ended but, like Janet Yellen, Powell is also likely to assure that eventual equilibrium rates will be below the pre-crisis levels. That will be positive continuity!

How will Jerome Powell address the tapering of the bond portfolio..

As is well known by now, the US Fed has accumulated a bond portfolio of nearly $4.5 trillion by buying debt securities from institutions. Over the last 8 years, the Fed bond portfolio has gone up from $1 trillion to $4.50 trillion as it kept mopping up securities by infusing liquidity. The Fed is no longer buying fresh securities so the overall bond portfolio has almost remained static. But Yellen was supposed to start off with the tapering of the portfolio from November. Most likely, Powell will continue with the bond tapering, but like Yellen his eventual target for the bond portfolio will be well above the pre-crisis levels. It is likely that the eventual bond portfolio may end up at around $2.8-$2.9 trillion. Thus the basic purpose will be achieved without disrupting the liquidity in the global financial markets.

Where Powell will differ is in financial regulation..

This is a major area where Powell is likely to mark a departure from Janet Yellen’s stance. In this regard, he is likely to align more with the Republican point of view and Trump's personal view that stringent regulations post Lehman had stifled the US financial system. The Dodd-Frank Act of 2008 was almost like the Glass –Steagall Act of 1933 which sought strong Chinese walls between banking and investment activities. If Powell has his way then these fairly stringent acts like the Dodd Frank Act may see some loosening. The Act had met with huge protests from Republicans even back then but the Democrats had managed to push it through. The only risk is that loosening the Dodd Frank Act may again risk the stability of the financial system and make it vulnerable to financial shocks.

The moral of the story is that Jerome Powell is unlikely to be substantially different from Yellen in terms of rate action and tapering. However, financial regulation could be the one area to watch out form. In that, he may appear to be truly Republican.