When does long term investing in equity funds not work? 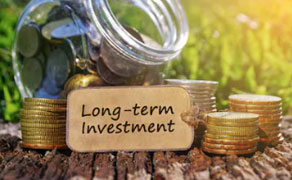 When the price damage is likely to be substantial..
In most of the previous market crashes, the indications were there for all to see. Be it the tech bust of 2000 or the real estate bust of 2008, the indications from the global markets were there in front of us well before the trend manifested itself in India. One can understand that if you are having trading positions in such markets you need to lighten yourself and probably position yourself with put options on the downside. But what about your mutual fund portfolio. In situations like 2000 or 2008 does it make sense to exit your mutual funds portfolio altogether? One can argue about tax implications but that is not really important when you are talking about major disruption in the market. The sharper the correction, the more difficult it is for the market to recover the losses. That is because in each fall, the bounce must be substantially higher to come back to status quo. Let us look at this point with an illustration..

The Sensex touched a high of 21,000 in early 2008. However, the subsequent correction was so violent that it took another 7 years for the Sensex to come back to status quo level, despite the fact that India was a growing economy all through.

Take the case of valuations of tech stocks in the peak of the 2000 bull market. Globally, Cisco touched a market cap of $600 billion in the year 1999. After nearly 2 decades the current valuation of Cisco is less than 25% of what it was in 1999; forget about getting back to status quo. The same is the case with IT stocks like HCL Tech and Wipro which are still struggling to touch their 1999 highs even after nearly 2 decades.

Lastly, let us not forget the Japanese Nikkei. Back in 1989 the Nikkei index had crossed 40,000. Then came the lost decade when the real estate bubble burst and the entire Japan got into a prolonged slowdown. Today, the Japanese market has appreciated by over 100% in the last 4 years but it is still 50% below the peaks touched in 1989. And, that is a full 30 years later! If that is not long-term investing, then what is?

When the asset class is coming under a cloud..
This is another strong justification when long term investing in mutual funds will not work. In fact, gold funds have hardly worked since 2011 and most of the gold funds globally have been seeing consistent outflows. Equity as an asset class came under a cloud in 2008 because valuations were so steep and liquidity was so abundant that the entire valuation story was falling flat. Even at the current juncture, we need to remember that growth is just about beginning to pick up across the world but global markets are higher than the peaks touched in 2007. Interestingly, most of this rally has been driven by liquidity wherein central banks have pumped over $10 trillion into financial markets in the last 10 years. So the logical question is what happens if this liquidity is unwound and the answer is that equity valuations will have to unwind too. This is again a case for equity to come under cloud.

At the end of the day we cannot forget that if you consider a long period of over 50 years then passive investing has worked; and in most cases it has worked better than active investing. But not all of us have a 50 year perspective. Within our limited time frames, we need to look at opportunities wherein it makes sense to even exit our long term holdings!