Why India deserves a sovereign upgrade after 11 years 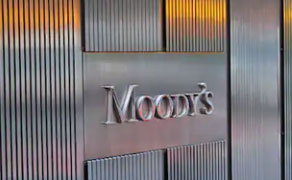 In May 2017, When Fitch kept India’s sovereign rating unchanged at (BBB-), it surely was a little hard to digest for Indian policy makers and market analysts. The rating grade of (BBB-) reflects the lowest investment grade and is just one level above junk status. As Fitch explained, "The reiteration of India's rating at (BBB-) reflects a strong medium-term growth outlook and favourable external balances with a weak fiscal position and a difficult business environment." While the agency acknowledged that the fiscal position and the business environment were improving, they did not see a justification for an immediate upgrade.

This decision by Fitch needs to be seen in the light of S&P's decision in November 2016 to also maintain India's rating at (BBB-) with a stable outlook. In fact, S&P had ruled out any upgrade before year 2018. It is now more than 11 years since India has been at the same level, despite bringing its fiscal situation under control, providing political stability and navigating through the worst economic crisis since "The Great Depression of 1933"quite successfully.

Why the decision not to upgrade is indeed ironic
The decision by the rating agencies to keep India's rating static at the lowest investment grade has come in a lot of flak from domestic policy makers, global analysts and even large fund managers like Aberdeen. There have been some stark anomalies in the ratings assigned by the rating agencies. Firstly, the rating agencies were literally caught on the wrong foot when they failed to even get an inkling of the massive economic crisis brewing in the US in 2007 or in Europe in 2010. The US, despite staring at a massive debt crisis and being repeatedly on the brink of a default, enjoys a high rating. Take the case of China! Over the last decade the country has seen its GDP growth rate fall from over 10% to below 6.5%. China has seen its steel manufacturing idle and its private debt build-up has reached alarming levels. Additionally, the financial system in China is extremely vulnerable due to the presence of a massive shadow banking operation. However, China was upgraded by S&P from (A+ to AA) in 2010 and has maintained that rating ever since. Not to forget; the highly vulnerable countries of Southern Europe like Spain, Portugal, Italy all enjoy rating levels that are much higher than India despite being heavily leveraged economies running huge deficits and with elusive growth. That is what makes the decision not to upgrade India's sovereign rating hard to fathom.

What could justify an improved rating for India?
It needs to be acknowledged that there has been a sharp improvement in India’s economic fundamentals in the last 3-4 years. Let us consider the following...

India's GDP growth at 7.7-8% is the fastest among large economies with GDP of over $2 trillion. Assuming that China’s government data is reliable, that still gives an advantage of over 150 bps in growth over China. GST could add another 1.5-2% to annual GDP growth. This consistent growth is likely to push up India's per capita GDP also towards the $2000 mark. The point on per capita GDP needs to be highlighted as this is one of the concerns expressed by rating agencies when it comes to India's sovereign ratings. Click here to Is it worth investing in sovereign gold bonds?

India's Debt/GDP ratio at 69% has been pointed out as one of the key concerns by the rating agencies. A cursory look at the debt/GDP of India compared to other countries with much higher ratings point to a different story altogether

From the chart above it is quite clear that India's debt levels are much lower than most of the economies that are already enjoying much higher ratings.

The big story is the stark improvement in the fiscal deficit and the current account deficit situation in India. The fiscal deficit has been brought down closer to 3.5% of GDP and is gradually being reduced to 3% over the next couple of years. Even the current account deficit is down to just 1.4% of GDP, making India's external standing a lot less vulnerable. Over the last two budgets, the government has repeatedly curbed the temptation to be lax on fiscal deficit targets despite economists calling for pump priming. Above all, the forex reserves at $375 billion are sufficient to cover 12 months of imports on a sustainable basis.

Slow pace of reforms and a difficult business environment have been the standard refrain presented by rating agencies for not upgrading India. Since 2014, both these have been changing in the positive direction. On the reforms front, India has made rapid strides in areas like reducing the volume of black money, pushing through GST, initiating difficult land and agricultural reforms etc. On the business environment front, the government has helped India move up in the "Ease of Doing Business" rankings consistently. The government measures like simplifying the FDI process and encouraging "Make in India" are examples in point.

Underlying all these factors is the all-important factor of political stability. Unlike Europe, India is not in the midst of a battle between centrist and extreme right wing forces. Unlike in the United States, India is not going through any political upheavals. Unlike the commodity-driven economies, India is unlikely to see political unrest due to its low level of dependence on commodity exports. In fact, in the last 3 years, the ruling NDA government has introduced a semblance of stability at the centre as well as at the state level.

In a nutshell, India is a diverse and complex economy and there is bound to be some languidness on the per capita GDP growth front. The moral of the story is that India is a low-debt, high-growth story that brings with it the advantages of political stability and an emerging business-friendly environment. That should give rating agencies enough food for thought!