Why are IPOs getting a weak response in the markets? 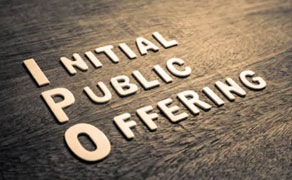 The recent IPO performance in India has not been too encouraging. If one were to do a performance evaluation of IPOs in India, the post listing performance in the second half of 2017 has been extremely tepid compared to 2016 and the first half of 2017. Not only are the extent of retail and non-institutional subscriptions going down but also the stocks have given negative performance in more than half of the cases in the last 3 months. Why is this happening? There could be 8 possible reasons for the same.

Pricing has been getting more aggressive

One of the highlights in the recent IPOs has been that there is little left on the table at the price that is determined. That was not the case in 2016 and the early part of 2017. The IPOs were valued at a level wherein there was sufficient space for the investors to make money post listing. We had stocks like Avenue Supermarts and Shankara Building Products which turned out to be multi-baggers within one year of listing. These kinds of IPOs inspire confidence in the investors. Such issues have become few and far between.

Post-listing performance has been tepid

This is partly to do with the aggressive pricing and partly to do with the market conditions. In the last one year there has been a deluge of IPOs into the Indian markets and that has resulted in a degree of boredom among the IPO investors. That explains why the post listing performance has been tepid. That has in turn dampened the sentiments surrounding the IPOs.

Interest in IPO funding is diminishing

While the retail segment does not rely on IPO funding, the HNI segment relies largely on IPO funding for their investments. There are 2 conditions. Firstly, the post listing performance of the IPO has to be robust enough to cover the interest cost. This is becomes a bigger challenge if the oversubscription is too large. From the financer’s point of view, fund is attractive only if the oversubscription is huge. That led to a cycle that worked against HNI interest levels in IPOs.

There are valuation concerns

This has been an issue for some time but the valuation issue has become more pronounced in the recent months. Firstly, Nifty and Sensex were quoting at above 24 times historical P/E ratios. Secondly, the Market Cap / GDP ratio has again scaled the 100% mark and that is not good news for markets at a macro level. Then there are concerns over valuations considering that the overhang of NPAs is still high on the banking sector. The sentiments were further aggravated by the PNB fiasco and the conflict of interest case in the ICICI Bank case. All these served to dampen the IPO market.

There has been a glut of IPOs in the market

Against a target of nearly Rs.70,000 crore from divestment, the government raised close to Rs.100,000 crore last year. This year with the Air India divestment scheduled, we could end up much higher. In short, there is too much paper chasing a limited corpus. That has led to dampened sentiments in the IPO market. As the paper glut continues, we could see bouts of boredom setting into the markets at current levels.

Most large PSU issues had to be bailed out

That was another reason or the damp response in the markets. Private insurers like HDFC Life and SBI Life disappointed post listing as the pricing was a tad too aggressive. That was evident in their post listing performance. The PSU insurers like GIC Re and New India Assurance had to be bailed out by LIC and that has not gone down too well with the markets. Insurance was specifically a sector which dampened IPO market sentiments due to its post listing performance.

Domestic risk points were just too many

Most of the domestic investors saw the risk points as just too many to really indulge in the IPO markets. For example, the overhang of the $200 billion NPAs was still hanging over the markets. The recovery process has only just begun. Secondly, the specific cases like the ICICI Bank case, Axis Bank case and the PNB case had sent tremors in the market suggesting that worse may be in store. Markets were also worried about the rising bond yields in India and the hardening crude oil prices in the Brent market. All these contributed to dampening the IPO market sentiments.

FIIs are wary about global rates

That is the big risk in the Indian markets that FPIs are seeing. FPIs are of the view that if the trade war between the US and China aggravates or if the Fed starts hiking rates aggressively, then there could be risk off flows out of India. That will have an impact on Indian markets and also on the value of the rupee. That is what is keeping FIIs from getting to aggressive on India!

The tepid IPO market appears to be a mix of various factors ranging from valuations to market sentiments.