Why are the prices of metals faltering in the global markets? 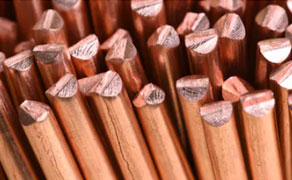 The key trend in the global market over the last few months is that the prices of global metals have been faltering. In fact, post October 2016, most metals saw a massive rally in prices. However, after peaking out around late February 2017, metal prices have been under pressure. Prices of industrial metals like aluminium, zinc and copper have a different set of dynamics driving them. Let us take a look at the Bloomberg Global Metals Index in the chart below..

As the Bloomberg metals index above clearly indicates, there has been a sharp fall in the metals index since it peaked in March 2017. The index has lost approximately 8% since then. The big rally in the metals index started around November 2016 when Donald Trump was elected to the US Presidency. The prices of metals like Copper, Aluminium and Zinc were buoyed by the aggressive investment plans announced by Donald Trump. So what exactly has changed in the last couple of months to justify the sharp fall in metal prices after the frenetic rally post November 2016? There are 2 broad factors viz. perceived US demand and perceived China demand. Let us look at these factors in greater detail

Clarity on US policy action is still awaited..
A lot of hopes were built around Donald Trump’s election campaign and the consequent impact on metals demand. Trump had committed two things in his election campaign. He had promised to cut rates of corporate and individual taxation drastically to trigger a virtuous consumption and investment cycle in the United States. At the same time, Trump had also promised a massive investment of $1 trillion into American infrastructure to renew the infrastructure, which was showing signs of severe strain. That actually buoyed up metal prices.

It was expected that the lower tax rates for corporates would trigger an investment boom in the US as companies would be more willing to invest in expansion. Additionally, it was also expected that the trillions of dollars that were stashed abroad by US companies to escape the high incidence of Corporate Tax in the US would eventually flow back to the US assisted by a benevolent repatriation policy. The trillion dollar investment in infrastructure was expected to have a multiplier effect on construction activity across the US leading to enhanced demand for metals like copper, aluminium and steel. This was the key trigger that had led to a surge in the metal index post November. So what has changed?

Markets have been disappointed for a few basic reasons. Firstly, while the last 5 months of Trump have seen a lot of lofty announcements, they have not been backed by a clear cut time-table or plan of action. That is making investors and traders increasingly sceptical. Secondly, recent developments like Trump failing to push through the scrapping of Obamacare and the recent controversy over leakage of sensitive information to Russia have put a question mark over whether Trump would be able to focus on the economic reforms. These factors have combined to hold metal prices down.

As the chart above indicates, China accounts for 20% of world population and 13% of GDP, which makes it economically the second most powerful nation in the world after the US. But the real dichotomy lies in the share of China in demand for metals. For example, China accounts for nearly 50% of the global demand for copper, aluminium, steel and nickel. In short, China has a disproportionate impact on the fortunes of metal prices as half of the world’s metals are consumed by China. It needs no reiteration that Chinese GDP growth has been faltering in the last couple of years. In fact, India with a GDP growth of 7.5% outpaces China’s GDP growth by nearly 150 basis points. Weak Chinese demand is one factor that is holding metal prices down.

Putting the China story in perspective..
Since the financial crisis of 2008, China has concentrated primarily on expanding its manufacturing capacity substantially. However, the chart below shows the Chinese PMI faltering in the last few months..

So what exactly is the PMI? The Purchase Manager's Index (PMI) is a barometer of whether the industrial output in the country is expanding or contracting in terms of orders, production and inventory build-up. For evaluating an economy on PMI, the 50-mark remains the benchmark. PMI above 50 indicates that the manufacturing sector is expanding while PMI below 50 indicates that the manufacturing sector is contracting. While China’s Manufacturing PMI, as shown in the above chart, continues to remain above 50, the traction and momentum seems to be clearly faltering. On a month-on-month basis, the momentum is clearly on a downtrend.

When you combine the disproportionate share that China has in metals demand and combine it with the falling momentum of Chinese PMI it is clear while metal prices are faltering. It would really require a big sentimental boost either from the US or from China to get metal prices back on track again! That remains the billion dollar question.