Why founding shareholders need to be more activist 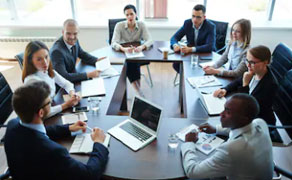 The big story on the corporate front in the last few months has been the stand-off between Mr. Murthy, one of the founding promoters of Infosys, and the Infosys Board. The stand-off eventually led to the resignation of Vishal Sikka as well as key members of the board resigning. It also resulted in the return of Nandan Nilekani as the non-executive chairman of the company. Quite obviously, the core founding group will now call the shots with respect to Infosys from here on. It may be recollected that the major differences arose on the subject of transparency and corporate governance standards over the last couple of years.
The big debate over the last few months has also been whether the founding promoters, who jointly hold just 12.75% in Infosys, be allowed to dictate the agenda for the company. Reactions have been mixed. While reactions have compassed a wide range, industry voices have called for an effort to accommodate the views of the founding promoters in an institutional framework. That takes us to the fundamental question as to whether Mr. Murthy should be a template for other founders too. Should other promoters, who have stayed away from day-to-day management of their companies, also play the role of an activist shareholder?

What Murthy has done is a timely wake-up call for many promoters who do not exactly own a major chunk of the company’s shares. We saw a similar situation in the case of the Tatas where Ratan Tata came back from retirement when he felt that corporate governance was not being adhered to at Tata Sons. Here are 4 reasons why promotes should continue to play the role of activist shareholders..

In many countries, the large institutions like portfolio managers, hedge funds and mutual funds play a very important role as an activist shareholder. We had the famous case of the iconic Carl Icahn who forced Apple to distribute a bigger chunk of its profits back to shareholders through a buyback offer. In India, MF institutions are normally silent shareholders and avoid disrupting the status quo. FIIs have also not been too visible as activist shareholders in India. That only leaves the founding promoters who own a reasonable chunk of shares to play that role.

The common argument has been that promoters who have ceded control should not get back into regular management of the company. That is a specious argument. Remember, that a company is built by the DNA that it possesses. This DNA of the company gives the company its unique character and culture and goes a long way in ensure that it works positively on the company’s valuations. When it comes to Infosys, the DNA was obviously created by the founding members, with Mr. Murthy and Nilekani being the most prominent among them. Also Murthy has been the CEO of Infosys till 2002 and hastherefore been something of a first among equals. It behoves upon promoter shareholders to intervene when the DNA is under a cloud.

Promoters have to intervene when the board tries to form a clique. Professional management is a great idea on paperbut it is a lousy idea if it is not delivering the goods. For Murthy, the worry was that the board was actually having a negative impact on the Infosys DNA. With cases like the golden parachute for Rajiv Bansal and the mystery surrounding the Panaya acquisition, the board did not really cover itself in glory. When a professional management is at cross purposes with the core philosophy of the company, it is time for the founding promoters to intervene.

So, there is a case for founding promoters to become more activist shareholders. After all, they are the ones who built the company, nurtured the brand and defined the DNA. When professional management falters, it is time for the likes of Murthy to be heard. Murthy may have just about created an important template for India Inc.