Why should you invest - lessons from Union Budget 2018? 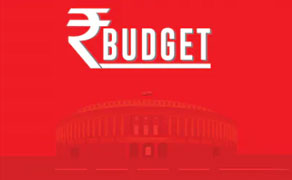 When the Union Budget was presented on February 01st 2018, there were varied interpretations. One key interpretation that was not normally deciphered was that investors have to make an effort to create wealth. There was a time when provident funds gave incredibly returns and ensured that your money grew over long term time periods. That is no longer the case. If one were to break up the budget, there are 5 clear messages from the Union Budget. And all these messages point towards one thing, “Learn to take risk and invest if you want to create wealth”.
Having read the fine print of the Union Budget, let us sit back and glean some important investment lessons from Budget 2018. What are emerging as the best investment options 2018, especially after the Union Budget? More importantly, are there are any post-budget smart investing tips to follow. Here are 5 such hints from the Union Budget which clearly indicate that investment for the long term is the answer..

1.  Not a very encouraging budget for debt products
To cut a long story short, the budget 2018 was not too favourable for debt products. Firstly, the higher inflation guidance meant that the bond yields would be trending upwards. That trend was obvious from the Union Budget announcement onwards. Secondly, the fiscal deficit played the spoilsport in this case. The government has allowed the fiscal deficit targets for the current year and the next year to spill over by 30 basis points and that means more liquidity and more pressure on the debt markets. With government borrowing likely to crowd out private borrowing during the year, one can expect bond yields to be headed higher. That means most bond funds are likely to underperform and that is not great news for debt as an asset class. Equity will make a lot more sense in these circumstances.

2.  Tax on LTCG is an advisory against too much equity churning
There were two fairly negative announcements in the budget. Firstly, there was a tax on LTCG above Rs.1 lakh per year in the case of equity funds and direct equities. That is perceived as a negative as it could reduce the attractiveness of equities; sans its tax benefits. Secondly, the budget also introduced dividend distribution tax on equity funds at 10%, which was hitherto exempt. What is the combined effect? The DDT on dividends will compel investors to focus on growth plans rather than on dividend plans to improve tax efficiency. Secondly, the LTCG tax will make investors cagier about booking profits and they will prefer to hold on investments much longer.

3.  The budget has forced you to tighten your budget a wee bit more
Interestingly, the import duty surcharge of 10% across products is likely to make most items of daily imported use expensive. Combined with higher inflation it means that you need to tighten your budget so that you can get more value out of your monthly budget. The government has given a clear signal that if you can afford to spend more, then you need to contribute more to the government coffers. A better choice will be to keep a tight leash on your monthly household budget and let the investments do the talking over the long run.

4.  Higher inflation means you need to plan longer and harder
The budget has clearly guided higher levels of retail inflation. Apart from growth and higher MSP on food, the budget has also guided for higher oil prices during the year. That means higher inflation around the 5% mark during the year. Why is this important? It means that you need to rework your long term financial plan. You can either reduce your plan requirements at the end of the milestone period; which does look a little unreasonable. Alternatively, you can save more each month so that in inflation adjusted terms, you still reach your goals. Again, this is an indirect push to investments.

5.  Rural story could be a long term bet for any investor
Well before the budget was announced, there was almost a consensus that it would be a rural-oriented budget. The budget did not really disappoint. With massive allocations to rural sector, over Rs.13 lakh crore for rural livelihood, a massive health scheme covering 50 crore individuals and free electricity and gas connections; there was a genuine effort to improve the standard living in rural areas. That opens up rural oriented themes as a big theme for investment. These themes are not likely to play out in a hurry but will gradually synchronize with the larger GDP growth story.
The bottom-line is that budget has made a case for long-term thinking over short term gratification. Also the focus is on taking risks and investing for the long term. The message seems to be to invest judiciously and aggressively to create wealth in the long term.