Why the December Fed meet is a critical indicator for 2018 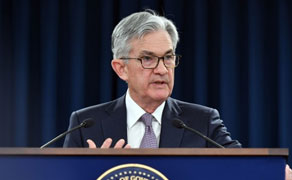 The rate hike of 25 basis points in December 2017 was almost a fait accompli. Analysts and economists had already seen this coming. Remember, this was Janet Yellen's last Fed policy announcement as the next policy will be handled by Jerome Powell. The rate hikes actually began in December 2015 after maintaining rates near zero for almost 9 years. Since December 2015 this is the 5th round of rate hike with the Fed rates moving up from a range of 0-0.25% to 1.25-1.50% in the last 2 years.

Normally, rate hikes in the US are a routine affair. However, this rate hike in December was special for a variety of reasons. The US government is on the cusp of announcing a massive corporate tax cut deal followed by, perhaps, a massive boost to infrastructure spending. The Fed has also held back on aggressive tapering of liquidity and it will remain to be seen how the two will be synchronized in the coming year. Already, large investment houses like Goldman Sachs are predicting the possibility of 4 rate hikes in the US instead of 3. The big question is whether the macroeconomic is supportive and what could be the larger implications of the move.

The economic data has definitely been hinting at growth..
US rate decision was always based on the 3 critical parameters of inflation, labour data and economic growth. Inflation is getting tantalizingly close to the 2% mark. There are also two triggers for higher inflation going ahead. Oil prices are likely to be elevated till the Aramco IPO and higher consumer spending in the US is likely to stoke inflation further. Labour market is at a   17-year peak with jobless rate down to just 4.1%. This is likely to fall below 4% in 2018. Finally, let us come to economic growth. The Fed estimates that the US GDP growth for 2018 could end up at 2.5%, nearly 40 basis points higher than the original estimates. Of course, Trump is expecting GDP growth to touch 4% next year, but not too many economics are taking these estimates seriously. Even assuming 2.5% growth, the level of consumption and spending is likely to reach a new plane in the coming months, making a very strong case for more than 3 rate hikes in the year 2018.

Let us not forget the tax cut angle provided by Trump..
To be fair, the tax bill is still in limbo. It is going through iterations but it is hoped that it should be signed by Trump before Christmas. Another strong reason for this rate hike was that the Fed may be looking at neutralizing some of the impact of the tax largesse. The massive tax cuts that have already been cleared in the Senate are likely to reduce tax costs by nearly $1.5 trillion. While corporates will see huge tax cuts, individuals will get massive tax deferments. What this means is that there will be a strong primary and secondary impact on consumption of goods and services.  Now, that is going to be inflationary and any spike in inflation will be something the Fed will not be comfortable with. It also opens the doors for more aggressive rate hikes in 2018. So, Goldman Sachs may be right after all. We could see 4 rate hikes in the year 2018 instead of just 3 as originally envisaged by the Fed.

What does it mean for the world economy; especially for India?
One of the immediate reactions to the Fed action was that the Peoples Bank of China (PBOC) hiked short-term rates. That is an indication that other major central banks are preparing for a dear money policy. Not just the PBOC, but other key central banks like the BOE, BOJ and ECB could also subtly follow suit. That could be the best way to avoid monetary divergence and the resultant volatility in markets. The RBI has already indicated that any rate cuts for now may be ruled out. Remember, the RBI has continued to maintain its stance at neutral since February. The members of the MPC have been quite emphatic about maintaining status quo on rates in the December policy statement. Let us look at a counter to this argument. That means; the RBI may not really hesitate to hike rates if the situation actually warranted. If the US Fed goes for 4 rate hikes instead of 3 in 2018, then the RBI may have a tough time stemming portfolio outflows. The experience of 2013 is still fresh when a narrowing rate differential and a likely taper of liquidity led to a sharp outflow to the tune of $12 billion from Indian debt. It also means that for all practical purposes, a rate hike by the RBI in the next year could be on the cards. That is something the markets need to be prepared for. And if the rising G-Sec yields are any indication, the market is already beginning to factor in the possibility of a likely rate hike in the next year.