Will the budget reverse the long term capital gains tax? 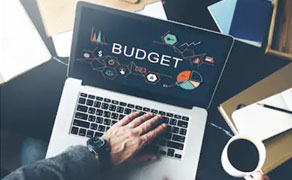 In the Union Budget 2018, the government had introduced the flat tax of 10% on long term capital gains on equities. This was applicable to equities and equity mutual funds for the equity trading in India.There were two apparent disadvantages in this move. Firstly, while STT was introduced in lieu of LTCG tax, the STT was not scrapped or reduced when the LTCG tax was reintroduced. Secondly, the rate of tax at 10% above Rs.1 lakh per year is a flat tax. That means the benefit of indexation is not available on these capital gains. That can become a big burden when you sell equities after a long time and the chunk of your proceeds are represented by LTCG rather than principal. What will the government do in this budget. There are 4 possibilities as we see:

As we see, the securities transaction tax (STT) has stood the test of time. Over the last 15 years since it was introduced, it has consistently generated close to $1 billion each year. It also has a larger administrative purpose as it is charged on turnover and is easy to monitor. Unlike the LTCG tax, which is hard to verify due to the loss write offs and carry-forwards, STT is largely straight forward. A lot would depend on the total revenues from LTCG tax this year, although the figure could be quite low considering the volatile markets during the year. The experience in the past has been that LTCG tax has been very hard to verify and plug and a mathematical calculation never really works. An STT scrapping looks quite unlikely at this point of time; in a year when revenues are already stretched.

While we see the STT continuing considering the revenue considerations, we do not foresee the LTCG tax being scrapped fully. Even if the revenues are low this year, the government does not lose anything by letting the LTCG tax continue. The same arguments of volume compression were made when the 15% tax on STCG was introduced on equities. However, that has hardly impacted the robustness of the markets. Also, the government may look too fickle-minded if it keeps changing its ideas in just one year. Already, the government has made too many changes in the GST since it was introduced and it would not want to repeat the same with the LTCG tax.

If that was the intent, it could have been done last year itself. The government obviously wanted to test waters and take a call after there was clarity on the revenue front. STT has already been substantially lowered from the peak levels of 2004. At the current levels of STT, the government is earning over $1 billion each year and any rate cuts are unlikely in this budget, at least. While the revenue numbers on LTCG tax are not known as of now, it is unlikely to be substantial enough to compensate for STT. STT has been largely rationalized for futures, options and intraday trades to facilitate liquidity.

We see this as the most likely option. This way, the government does not touch the STT basket and that revenue flow continues as before. The LTCG has two aspects; the impact and the optics. If the LTCG tax is not generating substantial revenues then reducing it to 5% is not going to really harm the government revenues. The other aspect of the capital gains tax is the optics part of it. Let us understand this better. Most financial planners worry that the LTCG tax at 10% can be a huge burden on the retirement corpus or the Child Education corpus. The actual impact on the CAGR yield is going to be just about 0.3% over a long time frame. However, in the interest of optics, the government may choose to extend the benefit of indexation to equity funds but not to equities. This way, the long term plans of the investors will not be affected. The government may either look at a cut in LTCG rate or extending indexation benefit to equity funds. It may also look at both if the revenue implication is not too high.