All you need to know about Budget 2022 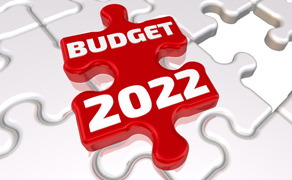 There has been a lot of talk about the upcoming budget, and if you’ve been keeping up with the news, you may have no doubt heard it mentioned more than a few times recently. But if you’re still not sure what the budget is, when it will be presented, and why it is important, worry not. In this article, we’re going to delve into all these fundamental details, so when the big day arrives, you’re well-prepared to appreciate just how significant the annual budget is.

Now, let’s get started with some of the central questions related to Budget 2022.

What is the union budget?

The financial year in India runs from April 1 of each year to March 31 of the next year. As per article 112 of the Indian constitution, the government of India needs to prepare a statement of estimated income and expenditure for the coming financial year. This document, known as the Annual Financial Statement, must be presented before the Parliament each year. And this is what the union budget is all about.

The union budget can be divided into two parts, namely the revenue budget and the capital budget. Here’s what these two parts of the budget entail.

The capital budget, on the other hand, includes the inflows and outflows of a capital nature. In other words, these incomes and expenses result in the creation of assets or liabilities for the government. Some examples of the items included in the capital budget are loans taken by the government, expenses incurred for the development of infrastructure and healthcare, and disinvestments made by the public departments.

Who prepares the budget?

The budget is prepared each year by the Ministry of Finance. To be more specific, the Department of Economic Affairs in the finance ministry has a Budget Division, which is the body responsible for preparing the budget annually.

However, the Union Budget is only drawn up after a great deal of consultation with other government departments. Aside from this, the finance ministry also consults with the state governments in the country and the NITI Aayog. This helps the Ministry of Finance understand the needs, demands and the funding required of different departments and state governments.

How is the budget prepared?

When, where and by whom is it presented?

What is the Economic Survey pertaining to Budget 2022?

You may have also heard of the Economic Survey, which is typically released in relation to the union budget. This survey gives you a context of the budget for that year. It is handled by the Chief Economic Advisor, and it is released one day before the budget presentation.

That means that this year, the Economic Survey will be made available on January 31, 2022.

What are the other key things you need to know about Budget 2022?

Here are the other key things you need to know about the Union Budget for the financial year 2022-23.

So, you now know that the 10th budget for the current government is all set to be presented on February 1 this year. And you’ve also read up all about how it is prepared and what it includes. This will give you a better context about the budget speech as you get ready to watch it in a few days.