Are we ready to face Artificial Intelligence in every second of our life? 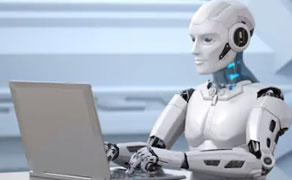 Artificial Intelligence (AI) is intelligent behaviour by machines, rather than the natural intelligence of humans and other animals. It pursues creating the computers or machines as intelligent as human beings. AI is accomplished by studying how human brain thinks, learn, decide, work while trying to solve problems and then using the outcomes of this study as a basis of developing intelligent software and systems.

Since the invention of computers, their capability to perform various tasks went on growing exponentially. Humans have developed the power of computer systems in terms of their diverse work domains, increasing speed and reducing size with respect to limited time.

Development of AI started with the intention of creating similar intelligence in machines that we find and regards high in humans. AI is a science and technology based on disciplines such as computer science, Maths, Engineering, Biology and Psychology.
It is believed that Global AI market is poised to grow at CAGR of more than 25% in next 10 years. It has been dominant in various fields such as Gaming, Entertainment, Business Intelligence, Medicine, Education, Language Processing, Social Media, Bio matrix, Handwriting preconisation, etc. It seems that this ground breaking Technology has become an essential part of human life. World’s tech giants like Google, Facebook, Microsoft and IBM are investing millions in AI and it seems that next generation would be all about AI

Recently Sony has unveiled a new version of the Robot Dog. It is equipped with the latest AI technology, allowing it to learn tricks, be aware of its surroundings and develop a bond with its owner through facial and voice recognisation. These learned behaviours are stored in the clouds and are constantly updated as the Dog comes into contact with other AI and Humans.

Evolution of AI has pushed the boundaries of creativity. Not only it predicts trend and answer customer quries, it also inspires visual and aural sense by understanding and providing an interpretation of millions of data.

Artificial Intelligence is quickly becoming the next transformational technology. There are many fact the we may already be interacting with this ground breaking technology without even realizing it.

Google was one of the early pioneers of AI, as per the Google data base it process more than 3.6 Billion search queries per day and over 40,000 per second on average. The recent improvements in the serach results are the direct result of advances in AI. Infact Google is teaching its AI about human behaviour by making it watch lots of You Tube videos. It is trainning super smart alogorithms to detect certain gestures, so it can identify action.
Anyone who has ever uploaded photos on Facebook has likely seen a small window pop up on their screen which ask if you would like to tag a friend in the photo and then it suggests the name of the friend who actually appears in the photo.This feature is the result of complicated set of AI algos based in image recongnisation and specifically for facial recognisation. The more you use the feature, more accurate it becomes as AI keeps on learning.
AI is getting involved in health care and as per sciencist it can identify ovarian cancer which is the fifth most common cause of cancer death affecting women. It is estimated that woman have a one in 75 chance of getting ovarian cancer in her life time with the average age of diagnosis being 63 years old. An AI computer programme can pinpoint bowel cancer in less than a second.

AI fought law and won, it is also helping spies and defence personal to do their jobs in a better way.
The question remains critical, Will it be a new form of life? and the way AI is being develoved, AI Robots will replace humans completely.
A lot has been said about AI. Few love it while others hate it. But today’s truth is that you can’t ignore AI. It has become the part of our life and it has helped companies to exploit the power of AI to provide the best of customer experience.
AI, was earlier used only in stock identification and other financial services, is now making its way into Exchange Traded Fund (ETF) and recently Canada gets its first Artificial Intelligence run ETF. AI can also understand the behaviour of some one’s trading by past records and then throws the data to summarise or to suggest for a change in the trading style to get the comparatively better return.

However as we understand that every thing has its pros and cos. Few experts say that human development of robots and computers will eventually reach a tipping point when it will become a new form of life that will outperform humans. It sounds exactlly similar to the Rajnikant’s movie “Robot”, in which project backfires when Robot falls in love with scientist’s girlfriend, once its upgarded to give it the ability to comprehend and exhibit humen emotions.

Believe me or not but AI is going to change the world in every domain in just coming few years. We have become comparatively smart by using the smart phones and now we have to be more intelligent as to handle the Artificial Intelligency (AI).