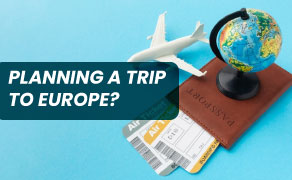 The Euro has finally reached a level of parity with the US dollar and the value of one Euro is now equivalent to one Dollar. Since 2002, the Euro's value in relation to the Dollar has only fallen once before, to such a low point. Investors are now pulling money out of the Eurozone and reinvesting it in the United States, which is reflected in the bad performance of the Euro relative to the Dollar.

Does This Imply That The Euro's Decline Will Benefit The Rupee?

Recent events have led to a major strengthening of the Rupee against the Euro which has made it significantly more affordable for Indians to go to Europe. Nevertheless, if the Euro continues to struggle and goes below parity, it will bring the Rupee down with it and push it much lower. To put it another way, if the value of the Euro continues to decline, the value of the Rupee, which is currently very near to 80 to the Dollar, would decline even more. This is due to the substantial trading linkages that exist between the Euro and India as well as other emerging economies. Because the Reserve Bank of India has taken actions to ensure that the Rupee maintains its strength, the Rupee's performance against the Dollar has been superior to that of the Euro.

Since the beginning of 2008, the Euro has been losing ground against the Dollar. However, the reduction has been rapid since the beginning of 2021. The latest blow to the currency has come from the energy crisis caused by Russia's war against Ukraine. There are two explanations for the Euro's persistent weakness against the US dollar: the Eurozone's economic vulnerability and disparity in monetary policy responses between the US and European central banks.

Why Is The Dollar Strengthening Even Though The United States Is In A Recession?

The United States dollar is still the safest bet for investors around the world. The US dollar is gaining ground against all currencies across the world, including the Euro, the Japanese yen, and the Indian rupee.

In spite of the fact that it has been falling for such a long time, the Indian rupee has maintained a stronger value against the Dollar than the vast majority of other currencies. One example is the Rupee's significant appreciation against the Euro from the beginning of 2022. It was close to 90 to the Euro at the outset and is now close to 80.

If you keep up with global market movements, you'll realize that currency trading is a lucrative option with handsome rewards to earn apart from the passive gains one gets through rupee appreciation against the Euro. If you're just starting out, you can open a trading account with the a reputed broker like Motilal Oswal who not only provides learning material to master Currency Trading but also provide dedicated Currency advisors to handhold you on your trades. To explore more of Currency Trading with Motilal Oswal, open your free demat account today.

Related Articles: Follow these 5 Expert Advices to Get Started with Investing | 4 Investment Mistakes New Stock Market Players Must Avoid at All Cost | 5 Rules Every New Investor Must Know Before Investing |  10 common mistakes made by SIP investors | 4 Smart Must-Follow Investment Tips for Beginners in India