Bitcoin Understanding the risks and the significance 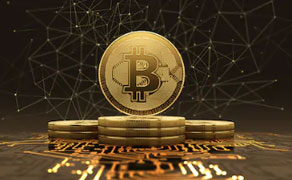 When we talk about Bitcoins, the focus immediately shifts to its price rather than the concept and significance of Bitcoin. To put in simple terms, Bitcoin is an alternate currency. The only difference is that it is a Crypto Currency. That means the creation of the currency is governed by a set of programs and protocols and the entire currency is electronic. Bitcoin was first brought into the market around the global economic crisis of 2008 and has been gradually growing in value. The year 2017 alone saw the Bitcoin appreciating by nearly 19 times from $1000 to $19,000; making it the best performing asset class anywhere in the world. Bitcoins are also important because it has no central bank deciding how much currency to print. By limiting the quantum of currency, Bitcoin can be more valuable and effective as compared to other currencies like Dollar and Euro that have no limits to printing by the central bank. But the best way to understand the Bitcoin story is by looking at the price chart of Bitcoin.

As can be seen from the above chart, the rally in Bitcoin since the beginning of 2017 has been absolutely frenetic. So what exactly is Bitcoin, how is it created and how does it work?

Understanding all about Bitcoins..
Bitcoin is essentially a digital currency which is stored in an owner’s virtual online wallet. The most important feature of Bitcoin as a currency is that it is free of any interference from the central banks and governments. There are dedicated Bitcoin exchanges where you can buy Bitcoins (currently 1 Bitcoin quotes at above $19,000). Remember, Bitcoins are only one of the many digital currencies that exist in the world. It is just that Bitcoin is the oldest crypto currency and it is also the most popular and robust among the crypto currencies.
The whole idea of crypto currencies like Bitcoins is to control the creation and transfer of money rather than relying on a central bank to do the same.

Why have Bitcoins crossed the $19,000 mark?
One of the most intriguing questions is why have Bitcoins suddenly become so valuable? To understand this phenomenon, we need to look at Bitcoins in 3 phases:

Phase 1 was the rise of Bitcoin which started immediately after the financial crisis of 2008. Big banks were on the brink due to their derivatives exposures and central banks had embarked on a massive money printing exercise to keep liquidity buoyant. The fear was that if central banks continued to print currency then the real value of the currency would get substantially eroded. That will continue to be a risk as central banks continued to expand liquidity. That was the first boost to Bitcoin since, being a non-fiat currency one could easily put limits on currency creation.

Phase 2 began with the near bankruptcy of the small island of Cyprus in the Mediterranean in 2013. Cyprus was a tax haven and several rich oligarchs were supposed to have a stake in Cyprus. The Cypriot banks had lent more than their GDP to Greek banks. The problem arose when the Greek bailout threatened to fall through and the Cyprus government decided to dip into public savings accounts to fund the hole. Not surprisingly, it resulted in a run on deposits leading to the second wave of demand for the Bitcoins.

Phase 3 began in the early part of 2017 and has continued till date. Unlike in the past, the latest phase of Bitcoin has nothing to do with any crisis. This Bitcoin rally started with the increased acceptance of Bitcoins. Since supply was limited the price started to move up. Currently there are 21 million Bitcoins in circulation. Even considering the average price of $16,000/- per Bitcoins, the total value of all Bitcoins is just above $320 billion. Technically, that means if the demand for Bitcoin use picks up further then the price could go higher to make up for the value of Bitcoins.

Risks in Bitcoins to watch out for..
As a trader or investor in Bitcoins, there are the following points to be wary of:

Firstly, Bitcoins have never given comfort to the central banks of the world considering that it literally created money without central bank intervention. For example, in India RBI is quite cautious about Bitcoins, as are many other central banks. If the demand for Bitcoins continues to soar, one can expect central banks and governments intervening more strongly.

Secondly, the essential value for Bitcoins came because central banks were gung-ho on liquidity. That has changed as most central banks are likely to taper their bond purchases in the next year. That may not be good news for the value of Bitcoins.

Thirdly, the value of Bitcoins stems from its limited supply. If the price goes up higher then it could become a Catch-22 situation. Higher prices will mean reduced interest. However, more supply will depress prices further. How this dilemma is handled will be the key in 2018.

Fourthly, Bitcoins are based on programs and these programs are subject to hacks and currency losses. In fact, that has already happened at Bitcoin exchange, Bitfinex. That will continue to be a potent risk for Bitcoins.

Volatility could be the bane of Bitcoins. If you look at the value of Bitcoins in the last one year there have been at least 4-5 sharp corrections of 20-30% each. In the midst of a broader rally, this kind of volatility does not inspire confidence.

Lastly, the recently introduced Bitcoin futures on the CME could be a big risk for Bitcoins. Wall Street could get an opportunity to short sell Bitcoins. Even existing holders will get an opportunity to sell futures against their Bitcoin holdings. And, Bitcoin trading will attract margins in case of the CME and that could add to the volatility and sharp price movements.

Whichever way we look at it, Bitcoins has some merits and a few key risks. As an alternative currency, it could be an exciting concept to watch out for.