BREXIT and why it actually matters to the world 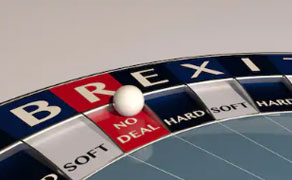 BREXIT is an acronym for British Exit from the European Union. The BREXIT decision was put to vote in June 2016 and, surprisingly, Britain voted in favour of exiting the EU. In fact, David Cameron had staked his second stint in power on his promise to hold a referendum on BREXIT. The British government was quite confident that Britain would vote in favour of staying on in the EU. Contrary to all expectations, Britain voted to exit the EU leading to the exit of David Cameron and Theresa May taking over as the prime minister of Britain.

Background to the BREXIT Debate..
The European Union was envisaged as a common platform where all the European nations could come together and have the economic bargaining power equivalent to the US. However, these were diverse nations. There were economic superpowers like German and France, strong currencies like in Scandinavia and highly indebted Mediterranean countries. All these nations had to be brought under a single umbrella only on the basis of clearly agreed macro policies and monetary discipline. There are 2 parts to the EU. There are nations that are part of the Economic Union and the Currency Union. UK had exited the currency union in 1992 after George Soros bet heavily against the UK Pound leading the pound to crash. Since 1992, UK has only been a part of the Economic Union and thus has its own currency (the pound) as opposed to the common currency, the Euro. With BREXIT, UK walks out of the economic union too.

What BREXIT means for UK..

For Britain exit from the EU will have 4 broad implications..

Firstly, UK will no longer be bound by EU laws when it comes to trade and immigration. In fact, the EU had set quotas for accepting immigrants from Asia, Eastern Europe and Africa, something that UK was uncomfortable doing. With Britain exiting the EU region, it will be free to negotiate its own free trade agreements (FTAs) with other nations and also formulate its own immigration policy.

Secondly, UK will no longer have to pay the annual charge of Euro 18 billion that it was paying to the EU each year as its share of the benefits of being part of the Euro. This payout was a major bone of contention among the people of Britain and it had led to the negative vote against remaining in the EU.

Having exited the EU, Britain will now lose out on the preferential treatment that it used to receive from European nations in terms of trade. A chunk of Britain’s trade is still with EU and hence it could make a huge difference to the terms of trade for UK. Now it will have to execute FTAs and the EU is already clear that there will be no special concessions granted to UK.

Lastly, London may lose its importance as the global business centre. Many large multinationals including Indian companies were using London as a gateway to Europe. With the EU relationship over, most of these headquarters may move out of London into Paris or Frankfurt. London may lose some of its sheen as a global financial centre.

What BREXIT means for India..

The impact on India as an outcome of the BREXIT could be mixed. Here is why..

Post BREXIT, Britain will have to sign fresh FTAs with countries like India. These will be distinct from the trade agreements that India already has with the EU. India has a fairly large trade with UK in sectors like textile machinery, engineering goods, banking and IT.

India could benefit from BREXIT both in terms of easier immigration norms and more service sector outsourcing to India. India is a major source of students willing and interested to study in the UK and Indian IT companies will be relying on the UK to make up for some of the IT outsourcing business that India has lost in the UK.

India runs a trade deficit with the UK and it is well known that BREXIT will result in a weaker Pound. A weaker pound will be beneficial to India as its cost of imports will reduce leading to lower levels of imported inflation.

There are risks too. Indian businesses have been betting on London as their gateway to Europe. If UK loses out on privileges then most of these companies may have to shift to other EU nations. That will entail a huge cost in terms of logistics and manpower.

Last, but not the least, there is the risk of India being sucked into a currency vortex. There are many Indian companies that deal with UK and the US and have revenues denominated in Pounds and dollars. So these companies get exposed to direct currency risk and cross currency risk.

In a nutshell, BREXIT throws open a wide array of opportunities for Indian companies but also opens up new risks. It could be interesting times ahead!