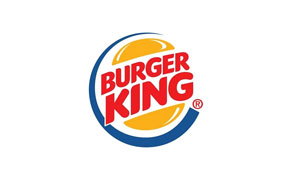 With the stock markets making a strong recovery after the March 2020 sell-off, the IPO market has also started to slowly heat up. In fact, the second half of the current financial year (2020-2021) is all set to witness a host of upcoming IPOs. Among these is the latest IPO from Burger King, one of India’s fastest growing Quick Service Restaurant (QSR) chains. Here’s everything that you need to know about the upcoming Burger King IPO.

Quite well-known throughout the world, the brand ‘Burger King’ has been in existence since 1954. Their burgers, especially their ‘Whopper’ range, are hugely popular and well-liked.

Burger King was incorporated in India in the year 2013 as a private limited company. It was then subsequently converted to a public limited company in the year 2019. Their first ever restaurant in India was opened in November, 2014. And since then, the company has grown tremendously and now owns around 202 restaurants across 47 cities in India as of 30 June, 2019.

The company has now planned to raise additional capital by issuing its shares to the public. It has also filed a Draft Red Herring Prospectus (DRHP) with the Securities and Exchange Board of India in this regard.

Details of the Burger King IPO

Now that you’re acquainted with the company, let’s take a look at some of the important details of the upcoming BK IPO, such as the Burger King IPO date and the Burger King share price band.

The Burger King IPO will be out from 02 Dec 2020 – 04 Dec 2020. However, the BK IPO may open up to the public for subscription sometime during the second half of the current financial year.

According to the Draft Red Herring Prospectus filed by the company with SEBI, the total BK IPO size has not been announced yet. This latest IPO issue from Burger King comprises a fresh issue component as well as an Offer for Sale (OFS) component.

The company is likely to net around Rs. 400 crores from the sale of the fresh issue of shares from this Burger King IPO, with the quantum of the equity shares being sold not being notified yet.

Furthermore, the promoter of the company, M/s. QSR ASIA PTE. LTD., would also be selling around 60,000,000 equity shares of Burger King Limited via the OFS component of this issue.

For instance, if Burger King Limited succeeds in selling the entire Rs. 150 crores worth of shares through private placement, then this amount would be reduced from the fresh issue of Rs. 400 crores. This would ultimately reduce the fresh issue size to around Rs. 250 crores.

The net proceeds received from the BK IPO is proposed to be utilized by the company for rolling out new Burger King restaurants and for general business purposes.

Now all you need, is an online demat account to invest in Burger King IPO and make the most of your investments!