Can an Indian investor participate in Bitcoins and how? 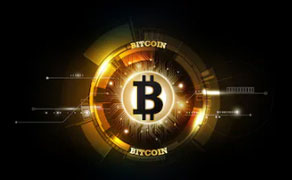 Can you as an Indian resident buy and sell Bitcoins? That is a standard question that a lot of investors have been posing to their brokers and their financial advisors. The answer is that there is nothing barring you from buying and selling Bitcoins in India. Of course, there are the concomitant risks but that is true of most investments. Investing in Bitcoin in India can be done through select Bitcoin exchanges and these are legal entities which have also received seed funding from reputed names. You also need to understand how to invest in Bitcoin mining in India as the mining activity can be quite lucrative. Here is a rough Bitcoin investment plan India..

Around late 2010 the value of a Bitcoin was at around 10 cents; that is about 1/10th of a US Dollar. It was only after the Greek crisis and the subsequent uncertainty around the debasement of global currencies that the value of Bitcoin as an alternate currency picked up. After gold prices peaked out at around $1930/oz in late 2011, Bitcoin actually picked up steam and by 2014 it had touched the level of $1000. That represented an appreciation of almost 10000 times in 4 years between 2010 and 2014. However, from that level there was a lot of speculative unwinding and regulatory concerns resulted in Bitcoins correcting back to $200 level by 2016. The second big rally in Bitcoins began in 2017 and during the year Bitcoin rallied from a low of $700 to an intraday high of $20,000. It is a different matter that the Bitcoin price did correct sharply after than by over 50% but the story has been one of huge volatility and unprecedented returns over a longer period of time.

Bitcoins in India (Are they legal)..
To cut a long story short, Bitcoins have not been declared as illegal and so to that extent they are absolutely legal in India. Of course, there have been instances of the Ministry of Finance and the RBI warning about the risks of Bitcoins but that is more logical considering that most people do not understand the nuances of Bitcoins and may get caught in a speculative bubble. Otherwise there is no restriction on Indians entering the Bitcoin market and trading in the same. The irony of an asset like Bitcoin is that more the price rallies the more traders it attracts and the more people get into the Bitcoin network, the more valuable it becomes. In that sense it works like a telecom network which automatically becomes more valuable when more people join the network.

How to go about trading Bitcoins in India..
You first need to understand how Bitcoins are created. Currently, a total of 21 million Bitcoins have been created. Considering the current market price of around $11,000 per Bitcoin, the value of Bitcoin as an asset class could be around $231 billion. That is a sizable number if you consider that the asset class was launched less than 10 years ago and that less than a month ago, the value was twice that. Bitcoins can be issued and traded in extreme fractions so the 21 million is hardly a constraint. But let us come back to the question of how to buy Bitcoins in India. Here are 5 points you need to be aware of..

You are required to undergo a basic KYC before you start trading in Bitcoins. Your PAN card has to be uploaded and your bank account used to withdraw and transfer funds from ZebPay must also have the same PAN mapped to it.

Trading Bitcoins is one side of the story. If you are looking to store Bitcoins then it is essential to have a Wallet. This wallet can be stored in your computer or even in your smart phone. You can also back up your wallet at an external site.

Remember, Bitcoin is a digital currency and is based on a very sophisticated shared ledger technology. Mr. Modi has digitization as one of his primary focus areas and it is likely that India may look to encourage the use of Bitcoins, albeit with the requisite checks and balances.