CDSL Demat Account: What You Should Know About it 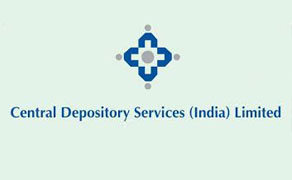 You presumably opened a demat account with the depository participant if you're just beginning trading. You can start investing in several stocks alone at the beginning. But you might possibly increase the scope of your business to incorporate multiple securities as you improve in your experience. You may also track all your assets without having to rely exclusively on your stock brokers.

This is only understandable, as the whole process of securities dealing has become rapid and effective. Customers and dealers like you increasingly want to update demat accounts with depositories quicker and in more effective time. With the help of CDSL easy now, traders and account holders with CDSL demat accounts keep a check on their assets, if you have a CDSL demat account.

India has two main depositories, NSDL, and CDSL. India has two significant depositories.Now when you come to a participant in a depository to open a demat account for your sake, you normally open a CDSL or NSDL account, depending on the depository with which you joined.

An easy approach to identify your demat Account depository is to check your account number. CDSL Demat accounts have a unique 16-digit number combination. On the other hand, NSDL account has an alphanumeric combination starting with the letters 'IN' and a fourteen-digit number.

CDSL easiest was created by the national depository to allow demat account holders manage their securities and holdings from anywhere, at all times, using an acronym for "electronic access to securities information." This CDSL internet-based feature allows registered accountholders and clearing members to access their CDSL demat account and verify their transactions and holdings in detail via the CDSL website itself, with state-of-the-art security.

You do so by a depository participant when you start a CDSL demat account with the DP. Thus, no demat CDSL account fees are paid by the depositary straight away. And not everything. The easy CDSL site can also be used for free. There are also numerous more incentives for CDSL demat account users on the simple portal

You can check if there are corporate announcements concerning the shares and securities you possess using your CDSL demat account login. Moreover, for securities you presently do not possess, you can also add up to 25 ISINs, so that you can monitor corporate news connected to the assets.

In summary, you gain several benefits, most of which are free, with a demat account that is opened with CDSL. One of the primary advantages is the easy CDSL gateway. It is also relatively straightforward to open a free demat account with the national depository, because CDSL maintains a large network of DPs around the country. To open your CDSL demat account, you merely have to contact a DP.