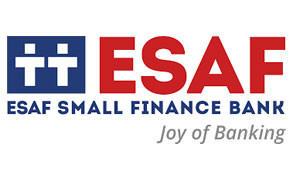 One of the latest entrants in the bustling upcoming IPO market is ESAF Small Finance Bank Limited. Due to the COVID-19 pandemic and the ensuing lockdowns, the company couldn’t go through with their new IPO earlier. But as the markets have long since recovered from their lows, the company has now restarted its plan to issue its shares to the public.

Incorporated in 2016, ESAF Small Finance Bank Limited is a relatively new entrant into the already populated banking space. Within a short period of just 4 years, the company has managed to quickly grow in size and strength. ESAF Small Finance Bank currently has over 400 branches across the country and more than 4,000 employees.

Backed by an unwavering motive to serve the unserved and the underserved segment of the Indian population, the company has shown tremendous improvement in its financials. In fact, the company’s net after tax income as on the 31st of March, 2019 stood at a handsome Rs. 111.11 crores.

The company also enjoys a diversified product portfolio that caters to not only the underserved segment, but also customers originating from Tier-1, Tier-2, and Tier-3 cities. With the upcoming IPO, the company now plans to boost its capital base in order to be able to meet future capital requirements.

Let’s take a look at some of the important ESAF IPO details including the ESAF Small Finance Bank share price, the ESAF IPO date, and other relevant news on this latest IPO.

The detailed breakup of the promoters and the aggregate value of their stake sale through the OFS route of this new IPO are as follows.

Now that you’re acquainted with the issue size of the latest IPO from the company, let’s take a look at the ESAF Bank share price band for this issue.

The company has received in-principle approvals from both the Bombay Stock Exchange (BSE) as well as the National Stock Exchange (NSE) with respect to the listing of its shares.

Now all you need, is an online demat account to invest in the upcoming ESAF Small Finance Bank IPO and make the most of your investments!