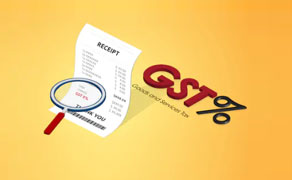 When the GST Council announced the GST rates, one of the last rates to be announced was the rate of GST on gold. The Council has decided to fix the rate of GST on gold at 3%. This is almost tantamount to maintaining status quo as gold currently attracts 2% tax. This includes 1% excise duty and an additional 1% as Value Added Tax (VAT). Thus the effective impact on gold is likely to be very marginal. GST on gold was extremely critical because a very high rate of GST would have encouraged gold smuggling as getting gold into India through informal channels would have been more profitable. By setting the GST on gold at 3%, the Council has virtually negated that possibility.

Let us understand the nuances of the gold GST rate. Apart from the 2% tax currently (1% excise + 1% VAT), there is an additional cess of 0.5%. All these charges are imposed on top of an import duty of 10% on gold. Therefore, post the GST, the total impost on gold goes up from 12.5% to 13%. That is actually quite an insignificant change in the overall impost.

Why were jewellery companies impressed?
If the reaction of the gold companies on the day after the GST announcement was any indication, then the markets have surely received the news positively. Jewellery companies like Titan, PC Jewellers and Renaissance Jewellery were up sharply in stock market trades. What exactly does this rate of GST mean for gold and jewellery companies in India? The overall difference of 0.5% tax on gold is likely to be insignificant. There is a reason for the listed jewellery companies to be impressed by the GST rates. The GST, by default, is based on the principle of broader compliance and hence is likely to take away the advantages of the unorganized sector. That could be a challenging situation as the unorganized segment accounts for nearly 90% of the gold making in India.

Currently just about 2000 jewellers are registered to pay excise whereas there are estimated to be around 2.5 lakh jewellers in India. When all these jewellers are brought into the GST fold, there will be a visible improvement in government revenues from gold GST.

The chart above clearly indicates that the overall gold demand has been faltering in India over the last 5 years. This GST will force more money to move towards non-physical assets like sovereign gold bonds rather than towards physical gold. This could also mean a greater thrust for the gold demonetization scheme, which had failed to take off when it was first launched in 2015. That is likely to be positive for the Indian economy overall.

Don't forget the advantage of seamless input tax credit (ITC)
While prima facie the tax on gold appears to have gone up marginally by 0.5 to 1%, it also needs to be remembered that GST pre-supposes a seamless flow of input tax credit (ITC). Under the ITC scheme even the tax on inputs paid that were not available under the old system, will now be available. That will not only further reduce the eventual impost on gold makers but also encourage a lot of unorganized players to shift to the organized sector. A shift to organized sector will help these gold makers and jewellers to not only access cheaper institutional credit but also give them a greater stamp of credibility to attract more customers. GST on gold will offer a great opportunity for smaller unorganized players to move up the organized value chain.

Why Dubai jewellers are happy with the GST rate on gold
The UAE continues to be a major market where Indians travel to buy gold. The combination of 10% import duty and 3% GST will ensure that UAE continues to be a preferred gold shopping destination for Indian gold shoppers. A cut in import duty on gold would have been unfavourable for the Dubai gold markets. However, it needs to be remembered that gold is going to attract a 5% VAT in all the Gulf Cooperation Council (GCC) nations from January 2018. That could reduce the lure of Dubai for gold, which may not be the case if the VAT is refunded for tourists.

The big take-away from the 3% GST on gold is that it is likely to be largely neutral. On the positive side, it may begin the process of professionalization of the gold industry in India. The organized jewellery segment will surely have a lot cheer about!