Importance of IIP and core sector numbers for equity markets 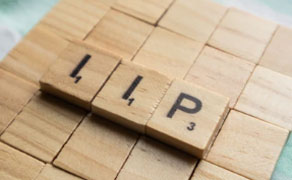 One of the important macro parameters that are often tracked by analysts is the index of industrial production (IIP) number and the core sector number. What is the importance of the IIP when it comes to taking a view on stocks and markets? Did you know that the IIP core sector weightage is a very important relationship? Also the IIP vs core sector relationship lies at the core of macro analysis for equity markets. But let us first understand what this relationship between IIP and core sector is all about?

As can be seen from the above chart, the IIP number which was more subdued in the early part of 2017 has shown signs of picking up in the latter half of 2017. Remember, the IIP is a YOY calculation so the November and December IIP number could be a little overstated because the corresponding period last year was the demonetization period. The IIP represents the growth in production and the sub-components of the IIP are normally more important than the overall index. For example, a recovery in capital goods sector within the IIP has strong externalities for downstream growth. A growth in consumer driven industries signifies rising demand for consumer goods and higher purchasing power of people.

Let us now move over to the Core sector numbers

The core sector is also known as Infrastructure output as they represent the basic industries that form the base of the economy. The components of core sector need to be further sub-divided into sectors that can be directed by government policy and sectors that are driven more by demand. For example, oil sector is a function of demand and government policy as is natural gas. Cement is normally more a function of demand and the construction activity than of government policy. Steel demand is also an outcome of rise in economic activity but the government has been supportive in the last few years through a more progressive anti-dumping policy. The core sector constitutes more than 40% of the IIP and hence is an important determinant of growth.

How to interpret cues from IIP and core sector numbers?
From an equity market perspective, following are the key takeaways for the equity markets..

Core sector is useful as a turnaround indictor. Normally, economic activity picks up when the core sector number picks up. Normally, sectors like cement, steel and electricity are strong lead indicators for a revival in economic growth. These sectors have a strong multiplier effect on growth and that is normally positive for a revival in growth.