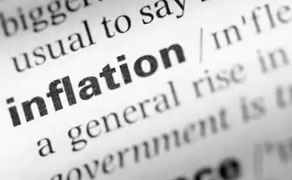 Like every other major economy, inflation has risen in India as well, and like most other major central banks, the Reserve Bank of India (RBI) has started monetary tightening. What, however, is highly surprising, which appears to be whole-heartedly supported by most market participants, is the steepness of the tightening.

Since the beginning of April 2022, the RBI has hiked the effective policy rate (i.e. standing deposit facility (SDF)) by 80 basis points (bp), and the consensus is to raise it further by another 75bp over the next two policies to 4.9 percent by early August 2022. Further, the liquidity surplus is down from Rs 6.4 trillion (or 3.9 percent of the net time and demand liabilities (NDTL)) in March 2021 to roughly Rs 5 trillion (or ~3 percent of the NDTL)) in the first fortnight of May 2022, before easing further to Rs 3.2 trillion (or 1.8 percent of the NDTL) last week as the CRR hike came into effect from May 21.

All this suggests that if the market consensus is believed, all the rate cuts during the past two years will be reversed in just about four months, and excess liquidity surplus has already disappeared. That be the case, while inflation is high in India, it is not at an alarming level to warrant such steep normalisation. Further, the current consensus seems to be entirely ignoring India’s weak growth dynamics, leaving the economy more vulnerable next year when global/domestic inflation cools off.

The 94-month high headline inflation of 7.8 percent YoY in April 2022 was shocking, which is seen as a reason to demand rate hikes in India. It is important to note that the deterioration in India’s CPI is very sudden, and coincide with the global geopolitical events. Up until mid-March 2022, (when February 2022 data was published), the inflation expectations were broadly anchored and the headline CPI-inflation was also closer to 6 percent YoY.

According to RBI’s Survey of Professional Forecasters (SPF), FY23 CPI-inflation was seen at 5.5 percent, and the household inflation expectations were also stable at around the lowest in the past six rounds of the surveys (i.e. since May 2021). Moreover, details of 299 items in CPI confirm that only ~40 percent of the basket (based on their weights) posted 6+ percent inflation up to February 2022, which was broadly unchanged since June 2021. It surged to 51-52 percent in March-April 2022.

Second, unlike the wholesale price index (WPI), imported items account for only ~10 percent of CPI basket. Nevertheless, imported inflation was ~20 percent YoY last month, contributing about 2 percentage point (pp) to the headline CPI-inflation. It means that the domestically generated inflation has risen from 5 percent YoY in January-February 2022 to 6 percent in March 2022 and 6.4 percent in April 2022. Lastly, it is widely argued that while ‘goods’ inflation has peaked out, ‘services’ inflation will pick up in the coming months, keeping the headline inflation at elevated level in India. Notwithstanding the wide agreement, it is not clear as to why ‘services’ inflation in India will pick up now when it has been remarkably stable over the past 18 months or so. Unlike in most other nations, ‘services’ (weight = 23 percent) inflation in India has stayed in a very narrow range of 4.5 percent and 5 percent for the past two years or so, with 5 percent reading in April 2022 v/s 4.7 percent each in the previous four months. There is no doubt that services activities also picked up during the past 15 months, though the recovery has been weaker than in ‘goods’ sector. Still, such stable ‘services’ inflation is unique in India. What will make it change over the next 12 months is highly unclear.

Overall, even though energy/imported items led to excess inflation, there is no doubt that domestically generated inflation has also increased since February 2022, and that too unexpectedly, most likely due to the second-round impact. Therefore, rate hikes are needed, but not at the pace it is currently pursued.

The other side of the equation is the domestic growth dynamics, which also suggests caution. Since the introduction of the repo-reverse repo interest rate framework in 2001, there have been four rate hike episodes in India — 2005-08, 2010-11, 2013-14, and 2018. The first two episodes were long and deep, while the recent two episodes were short and shallow. A comparison of these rate hike cycles confirms that India’s growth is very weak at this stage. The average growth in the index of industrial production (IIP) in the six months prior to April 2022 (when the first rate hike was done) was 2.2 percent, compared to 8-8.5 percent in the first two episodes, and 6 percent in the 2018 episode. Other indicators such as cargo traffic, domestic consumption of fuel, and power generation reveals the same fact. Our proprietary economic activity index (EAI) of India also grew at an average of 4.6 percent between September 2021 and March 2022, much weaker than in the previous rate hike cycles.

Lastly, with the Government of India’s recent measures to contain inflation — by cutting duties on retail fuel, increasing fertiliser subsidies, cutting import duties on certain product, extending food subsidy programme (announced earlier), it is very likely that energy inflation will cool off beginning May 2022, reinforcing the prediction that April 2022 marked the peak of headline inflation in India. This fight against inflation may lead to higher fiscal borrowings, if other budgeted spending remains unchanged. Although it remains to be seen, it will be worth for the RBI to remain more balanced in its approach, and supportive towards the fiscal programme to keep yields from tightening more sharply.

Accordingly, instead of running a sprint, it is advisable for the RBI to run a marathon. While the MPC could hike policy rates by 35bp next week, it should take a pause in August 2022, and let the system absorb the cumulative tightening measures taken since early-April 2022. Considering the current weak growth and my expectation that inflation-growth dynamics will be very different in FY24, the terminal (SDF) rate is also likely to be 5.25 percent in this rate hike cycle, in stark contrast to 6 percent or higher suggested by many market participants. If so, the remaining 75bp hikes (after June 2022 hike), if data is in line with forecasts, could be exercised in 2HFY22/1HCY23.

Source: This article was covered by Moneycontrol.com on 02 June 2022