Is the FMCG sector due for a makeover; Consumption and GST? 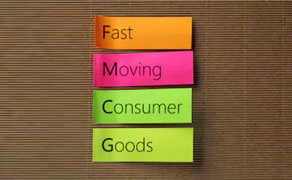 The Fast Moving Consumer Goods (FMCG) segment has been anything but fast from an investment perspective. If you consider the returns on the ICICI Pru FMCG Fund, which is the only FMCG fund with the longest legacy of over 15 years, the returns are anything but impressive. The fund has surely given impressive performance over the last 1 year, but over longer time frames, the sector has tended to under perform.
Let us consider the ICICI Pru FMCG Fund (Growth Plan) as a proxy for the FMCG Sector and check out the returns it would have generated over different periods of time via an SIP

What has driven this tepid performance of FMCG over longer periods?
There are a variety of reasons for the same. Firstly, the tough competition in the FMCG space has resulted in lower margins for Indian FMCG companies. Secondly, FMCG companies are increasingly facing competition from traditional FMCG companies like Patanjali. With its vast network and deep pockets, Patanjali is able to give the listed FMCG players a run for their money. Lastly, FMCG has traditionally enjoyed relatively higher ROE and margins resulting in higher valuations. This has left limited margin of safety on these stocks, unless growth continues to surprise on the upside. That has been the challenge for Indian FMCG! So, what exactly could be changing for FMCG?

1.  A greater focus on margin expansion and pricing power
Let us take the case of Hindustan Unilever as a proxy for the FMCG sector. The global parent, Unilever, has long held HUVR as its crown jewel in its global portfolio. However, the parent has been concerned about dwindling margins at Hindustan Unilever for a long time. Unilever was spurred into action when Kraft Foods made an abortive $143 billion bid to buy out Unilever. It realized that with current low margins, the company was vulnerable to being taken over at some point. As a result, the parent has already set a target for Hindustan Unilever to increase its OPM from 16.5% to 20% over the next 3 years. That will entail higher pricing on its FMCG products. Other FMCG companies are likely to follow suit, sooner rather than later and that could be the first big boost to these FMCG stocks.

2.  Focus on consumer spending, especially rural spending
Most large FMCG companies have been relying on rural sales for incremental growth. While FMCG industry derives nearly 33% of its revenues from rural areas, the number is well over 40% for companies like HUVR and Dabur. The crux of the matter is that the alpha for FMCG growth is coming from rural and semi-urban areas and that is the area where the government has given a major push. The last two budgets have focused on rural spending and rural infrastructure. Additionally, investments in last-mile agriculture infrastructure and rural employment programs will go a long way in enhancing rural demand. That is likely to be a big boost for FMCG companies. Also the 7 CPC and the OROP payouts will drive demand from across India from a segment of the population that has a high propensity to consume. The aggregate of these events will spur demand for FMCG products and enable them to expand their top-line growth, without compromising on margins.

Why GST could be very critical for FMCG companies
The GST (Goods & Services Tax) is likely to be implemented effective July 01st 2017. Even if the launch gets delayed by a couple of months due to procedural issues, the question is more about “when” rather than “whether”. But, why is GST so important? GST will result in a single all-India tax rate and will subsume a variety of levies like excise duty, sales tax, VAT, service tax and other local levies into one single national rate. Till date, the logistics network of FMCG companies was largely driven by state-level tax considerations. That will no longer be the case. Now the logistics network of FMCG companies will be more reliant on business efficiencies rather than tax management. This will substantially add to the efficiencies and margins of FMCG companies over the medium to longer term.

The big challenge for the FMCG companies has been to sustain growth and keep costs in control. While the rural thrust of the government and the consumption theme will boost the fortunes of the FMCG companies, the GST will help these companies manage their costs better. At a time when markets are overly obsessed with P/E ratios and valuations, FMCG may be seeing its play ground changing quietly. It could actually be the sector that is ripe for a re-rating. How it actually evolves, only time will tell.