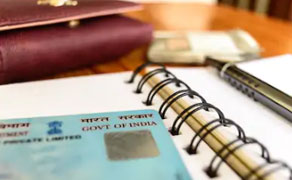 One of the big challenges that the Income Tax Department had faced is the multiple PAN cards or the duplicate PANs that people have. For example, it is possible for the same person to have multiple PAN cards one with their full name and one with their initials. There was no real mechanism all these years to filter out such duplicate PAN cards and eliminate them from the master list. Removal of duplicate PANs is essential because it allows people to cover up their total expenses by using different PAN cards for different transactions This makes it hard for the department to track such transaction and hence the audit trail become hard to establish. Now finally, there is an established method for the IT dept to remove duplicate PAN. This one of the major PAN grievance income tax department has had and that is likely to be addressed now.

India’s Income Tax (IT) Department has implemented a new technology designed to identify and eliminate duplicate Permanent Account Number (PAN) entries. This is a mix of software driven application but goes beyond mere de-duplication based on similar characteristics. This also imputes some business intelligence to the software to better handle the problem of duplicate PAN cards. This new technology is actually an electronic smart platform named ITBA-PAN (Income Tax Business Application – Permanent Account Number) and it has already been implemented and put into operation by the IT Department. This platform is designed to help the Department as well as intermediaries like NSDL, Karvy and UTIISL who are engaged in issuing PAN cards to instantly identify duplicate numbers each time a new PAN application is received at the portal. This is in-built software that can nip duplicates at the time of application itself so that the problem of duplicates does not escalate beyond a point.

How exactly does this new technology in practice?

Under the new system, the role of manual check and verification is reduced to the bare minimum and relies extensively on technology and its intelligent use. This new technology largely automates the previous system, which was primarily manual and not completely accurate. Though all new applications are expected to be screened in this way, the old records will continue to be scanned manually in order to weed out duplicate entries that still exist. This new process that has been implemented for eliminating duplicate PAN records is the result of a long-term project by the IT Department, which has long sought to stop perpetrators from evading taxes by providing different PAN details to different agencies. For example, a lot of benami transactions in the real estate sector have been taking place using such duplicate PANs so that the final audit trail cannot be detected. This mix of online automatic and manual verification is intended to make the process as fool proof as possible so that the chance of frauds are reduced to the bare minimum.

The new system combines data, multiple flow sources and artificial intelligence based programs to achieve this objective. As per the newly implemented process, once the ITBA-PAN platform identifies the existence of a duplicate PAN, the IT Department is automatically directed to inform the individual with the duplicate record. Now comes the part of personally presenting themselves which is good enough to sound a warning to such users. These individuals are required to meet their assessing officer and surrender the duplicate identity documents. If the applicant fails to do so, the system automatically eliminates the duplicate entry. In the past, the government has used this method wherein only genuine users will come back to rectify while the duplicate PAN holders will just let it be eliminated. Government initiatives to curb black money and bring more people into the tax net are set to get further boost, through reduction and subsequent elimination of duplicate entries using the ITBA-PAN system. The government now also has the added advantage of mapping the entire PAN cards with the Aadhar card so that all such PAN cards are also mapped through a very elaborate system of biometric matching. This ensures that holding duplicate card becomes almost next to impossible.

This move is essential by the government to ensure that tax leakages are plugged and the citizens are forced to make a more honest and transparent disclosure of all their transactions during the year.