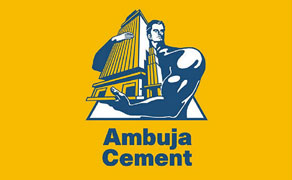 Two of India's marquee cement companies, ACC and Ambuja, have been part of the same global cement group for a long time. The markets were also rife with speculation about the complete merger of ACC and Ambuja for a very long time now. Finally, that seems to be seeing the light of day. In early May 2017, both ACC and Ambuja independently announced that they will consider a possible merger. Globally, one of the biggest mergers in the cement industry was between Holcim and Lafarge which created the world’s largest cement company in the world, Lafarge Holcim. Interestingly, this company is the holding company for ACC and Ambuja Cements in India.

While the final contours of the deal are yet to be worked out, here are a few key things that investors need to know about the proposed merger of ACC and Ambuja..

What you need to know about the ACC / Ambuja proposed merger

The entire holding structure of the two entities is quite complex. For example, Lafarge Holcim holds 63.62% stake in Ambuja Cements through Holderind Investments. Holderind Investments also holds 4.48% stake in ACC. However, post Ambuja taking over Holcim India in 2016, ACC became a 50.05% subsidiary of Ambuja. Consequently in proportionate terms, both ACC and Ambuja are part of the Lafarge Holcim group. Know about invest in Equity & Financial Derivatives

While both the companies have appointed the expert teams to evaluate the merger proposal, there is still no clarity on the timing of the merger or even the likely swap ratio between the two companies. Since both are fairly large companies in India, the merger will come under the scrutiny of the Competition Commission of India (CCI).

As per the last reported figures in the full year 2016, the combined revenues of the two entities was in excess of Rs.20,400 crore. This will make the merged entity the second largest cement player in India after Ultratech, which will continue to be the largest in terms of value. Interestingly, Ultratech itself was formed by merging the cement business of the Birla Group and L&T more than 10 year back.

Post the merger, Ultratech will continue to be the largest cement in terms of market cap. However, the merged entity will become as large as Ultratech in terms of revenues and will become the largest in terms of net profits. This will give the combined ACC/Ambuja entity the benefits of scale and spread. The combined merged entity will have a total capacity of 63 million tonnes. This is approximately the same capacity that Ultratech has currently, although the combined entity post the merger of ACC and Ambuja will have marginally higher sales revenues compared to Ultratech.

Understanding the economics of the ACC / Ambuja merger
India is a cement market that is waiting to explode. India’s per capita consumption is still much lower than emerging markets standards. India is expected to have a total cement manufacturing capacity of 550 million tonnes per annum (mtpa) by 2025. However, this will still be just about 1/5th of the capacity of China. The answer is to create cement behemoths that can fruitfully invest in massive expansions rather than persisting with a fragmented industry. All you need to know about Goods and Services Tax (GST)

The big question is on the swap ratio. At the current market price, the swap ratio will work out to around 6.7:1, while the 6-month average which is normally considered, is around 6.3:1. As long as the swap ratio stays below 7:1, the promoter will continue to hold in excess of 50% stake.

Finally, we come to the synergies of the merger. When the idea of the merger was first mooted about 4 years back, the total annual cost savings was estimated at Rs.920 crore due to savings in logistics costs, fixed costs and savings in procurement infrastructure. It should be higher now! But the bigger takeaway may be to capitalize on the implementation of GST. The implementation of GST is likely to reduce the impost of duty on Cement, which is already among the highest-taxed product in India. Additionally, the implementation of GST will shift the onus of logistics infrastructure from tax management to optimization. That could be the big trend that the merger is apparently seeking to capitalize on!