Margins for the equity segment from July 1, 2020 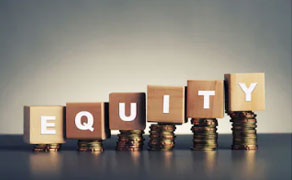 What is margins in equity segment

The trading in equity segment was always under the margining norms. The clearing corporation does collect upfront margins for trades done in the form of VaR (Value at Risk) & ELM (Extreme loss margin) from the stock brokers for the trades executed by them. VaR margin is basically the margin linked to volatility & is updated 6 times a day. In simpler language one can compare it with the SPAN margin of the derivatives segment, whereas ELM is the fixed additional margin charged. Both the margins are applied on the trade value and are available from the exchanges in % form

Example : If an investor purchases a stock worth 1 lac and the VaR & ELM margin on the said stock is say 7.50% & 5% respectively, a total of 12,500/- is blocked from the brokers capital by the Clearing corporation as per current norms

Currently the requirement of margin was the responsibility of the broker whereby they need to maintain sufficient deposit with the clearing corporation. However, it was not mandated that the same to be collected from the client unlike in derivatives segment where the broker had not only to collect but also report to the stock exchanges on daily basis at client level as to what is the margin collected against the requirement on the open position. However, from Jan 1, 2020 the said reporting requirement was extended to cash market trades also and it was mandated to collect upfront margins on the trades executed by the client and report to the exchanges on daily basis. However, unlike the derivatives segment there was no levy of penalty on the short margins collected in the equity segment, the same was to be effective from April 1, 2020 & because of the Pandemic the norm related to levy of penalty got extended and will now be implemented from July 1, 2020. The penalty size will be from 0.50% to 5% of the shortfall depending on the amount of shortfall and the repetitiveness of the shortfall

The Margin can be split into two components i.e. Upfront (before trade) which is VaR & ELM and MTM and other margins to be collected by T+2 . Till date the investors (majorly offline, trading through small brokers) had an option to purchase shares and make the payment by T+2 i.e. the date of settlement. However, all the major online and national level brokers already have this requirement built in their trading system to ensure trade does not go without upfront margin in place

How this becomes critical if the infra is already in place

The catch in the equity segment is that the margins on the trade are applicable on both legs of the trade i.e. buy and sell, unlike in the derivatives segment where the margins levied actually gets released in case the open positions are squared off. This brings a compulsion on the clients to deliver the shares to the broker on the same day of selling or transfer money equivalent to the margin amount to ensure there is no shortage and accordingly no penalty is levied. The situation becomes critical in case the client wants to sell the shares which are purchased one day before and actual settlement of the buy leg is yet not completed.

Example : In case an investor purchases shares worth 1 lac and assuming the margin requirement is of 20%, which he pays and buys the shares, now, in case the investor wishes to sell the same stocks on the very next day i.e. T+1, the investor will have to pay another 20% margin to sell the shares bought on the previous day i.e. T day, though the trade results in an offsetting position, if this offsetting position would have been executed in the derivatives segment, it would have resulted in release of margins instead of blocking additional margin. The impact will be even higher in case the stock is charged 100% margin (Trade to Trade or similar category)