Open an Account
Online Forex Trading for Experts and Newcomers 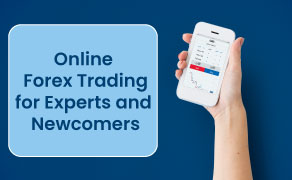 Forex is an abbreviation for foreign exchange, which is the exchange of one form of currency for another. This procedure may be carried out for travel, business, and international commerce. Forex is exchanged on the forex market, which is open 24 hours a day, five days a week. This facility is used by corporations, banks, hedge funds, investment firms, and retail traders.

What is the Forex Market?

With an estimated average worldwide daily turnover of more than US$6.5 trillion — up from $5 trillion only a few years ago — the FX market is by far the biggest and most liquid financial market in the world. The fact that there is no central marketplace or exchange in a central location is a crucial element of the forex market since all trading is done electronically over computer networks. This is referred to as an over-the-counter (OTC) market.

Every transaction involving foreign exchange involves the simultaneous buying and selling of two different currencies. This 'currency pair' consists of a base currency and a quote currency; you must sell one of these currencies in order to purchase the other one. The amount of the quoted currency that must be paid in order to acquire one unit of the base currency is referred to as the price of a pair. Accurately predicting the direction in which the price of a currency pair will move may result in monetary gain. Examples of this include the Euro's exchange rate against the US dollar, the US dollar's exchange rate against the Japanese yen, and the British pound's exchange rate against the US dollar. For the vast majority of currency pairs, the fourth decimal place is referred to as a pip. The Japanese Yen, on the other hand, uses the second decimal place.

On the forex market, deals in currencies are typically worth millions, therefore, modest bid-ask price disparities (i.e. few pips) may swiftly build up to a big profit. In fact, with such high trading volumes, a minor spread might result in big losses. Forex trading is dangerous; therefore, always trade cautiously and use risk management tools and approaches.

Distinction Between Long And Short Positions

Fundamental analysis and technical analysis are the two primary forms of analysis that traders employ to forecast market moves and take live positions in forex trading online. A forex trader will often utilise one or more of these to establish the trading style that best suits their personality.

How to Start Online Forex Trading with a Broker?

Always opt for a qualified, regulated broker - one with at least five years of demonstrated expertise. These brokers will provide you with peace of mind since they will always prioritise the safety of your assets. You may begin forex trading online after opening an active account, but you will first need to make a deposit to pay for the expenses of your transactions. This is known as a margin account, and it allows you to purchase and sell currencies using financial derivatives.

Realising that online forex trading for novices is not a quick procedure is essential. It takes time to get acquainted with the markets, and there is a whole new jargon to master.