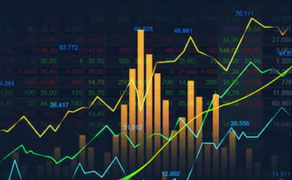 Why is this a problem?

From the customer/trader’s POV, since they’d been charged lower margins, they could afford to enter into trades of larger volumes. But the trouble is, if a broker collects lower margin than required, the burden to meet the difference falls on the said broker. So, if a broker charges a trader only 5% VAR+ELM instead of, say 20%, the difference of 15% used to be borne by the broker. Broking houses have been adopting this model to stay ahead of the competition. But ultimately, this is detrimental to the broker. In the light of recent issues at BMA Wealth Creators and Karvy, SEBI believed it best to introduce a peak margin penalty.

Change in peak margin requirements as per SEBI’s new regulations

The practice of charging lower margins, thereby offering additional leverage, has been around for a long time. So, to make it easier for broking houses to transition to the new system, SEBI issued a circular in August 2020, detailing a phased shift during which the penalties/restrictions will be increased gradually from December 2020 to September 2021.

These are the details.

- From September 2021: Penalty if margin blocked less than 100% of the minimum margin required

How does this regulation affect trading?

Intraday trading is one of the key contributors to liquidity in the financial markets. Naturally, these new restrictions on intraday leverage are bound to reduce the liquidity in the segment. However, on the other hand, high leverage also makes many traders lose large sums of money. So, with these new caps on the leverage offered, traders will likely find it easier to survive in the markets.

As per this SEBI circular dated July 20, 2020, Motilal Oswal is required to collect upfront margin as well as peak margin (that is, Intraday margin) from clients as per the predefined script-wise percentage of margin prescribed by the Clearing Corporations/Motilal Oswal, which are subject to change on a daily basis depending on parameters such as volatility in the scrip, overall market conditions and so on.