Some trading gifts for you this Christmas from Santa 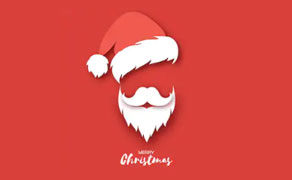 As the year 2018 draws to a close, it is time to look back at the year gone by. Obviously, the market Santa Claus must be angry for some patent mistakes that you made and must be equally pleased with some smart trading decisions that you made. We bring to you a Santa Claus who is willing to forgive you for the mistakes of 2017. Here are 7 very interesting tips for you for the year 2018 coming directly from the market Santa..

Banking could still be the big story in the coming year..
For all those who are not tired calling out a top on the banking sector in India, expect more in store next year. There will be 2 interesting factors playing in favour of banks, both PSU banks and private banks. PSU banks will see the long overdue capital infusion and the recapitalization. At least, the stronger PSU banks will have a lot to celebrate even as those with gross NPAs in excess of 10% may be in a fix for some more time. Private banks are facing questions over their asset quality, but we expect these to be a whiff at best. Probably, the NPA situation of private banks is slightly worse than it is made out to be but the markets can surely handle that. You need to be selective about the private banks you opt for and focus should be on banks with good systems and controls over NPAs.

Consumer story will gather momentum in 2018..
The consumer story will be significant in the coming year for a variety of reasons. The February 2018 Union Budget will be the last major budget before the next elections in 2019 and hence one can naturally expect a slew of people-friendly measures. One can look forward to sops for the agricultural sector, farming sector, rural population, semi-urban population etc. That means more incomes for all these categories and more demand for a host of products like two-wheelers, entry level cars, consumer goods, FMCG products etc. All these companies could be in the radar in the coming year..

Bond yields could go up globally..
This is likely to be an interesting trend in the coming year. We have seen GDP growth rates going up across economies like the EU, China and Japan. These central banks will, most likely, call an end to their low interest rate policy. That means bond yields could go up in these economies and that could have 2 implications for India.  Firstly, Indian bond yields could also go up and secondly, we could see portfolio flows flowing more towards risk-off markets like the US, Europe and Japan. It also means that equity, which had a smart run due to weak debt returns, could now face some serious competition from debt yields.

Domestic flows will remain buoyant in 2018..
Even as global FII flows into Indian markets could range from flat to negative, Indian mutual funds are likely to sustain strong inflows, especially into equity schemes. That means, Indian markets could receive enough of equity flows to more than compensate for the FII outflows. It is also highly likely that the corporate profits may show a genuine turnaround in the coming year and that is also likely to weigh on flows. Overall, we believe that the flows into equity markets will be strong and will be predominated by the domestic institutions. We expect the strong surge of domestic liquidity entering equities through the mutual fund route to continue in the coming year. In terms of flows, markets should be comfortable.

Defence and Infra will be big stories in 2018..
From a stock market perspective, these are the 2 sectors to watch out for. We expect a major allocation of defence orders to the private sector and that will be substantially positive for the private sector players with a strong defence franchise. This will include the listed PSU defence plays as well as the private sector defence plays. Infrastructure, especially the major roads related companies could be the next big beneficiary. We expect projects like Sagarmala to be pushed through with an increase in KM per day of roads. These could be the stocks to watch out for.

Focus will continue to be on mid-caps..
In fact, as 2017 has been a tentative year for mid-cap stocks, the coming year could once again belong to quality mid-cap and small cap stocks. That is likely to happen for two reasons. Firstly, with US likely to again increase the oil output during the year, the crude prices could remain in control during the year. Normally, mid-caps reap the biggest benefits of low oil prices as it directly gets into their cost structure and boosts profits. Secondly, we could see mid-cap stocks in sectors like IT and pharma showing traction even as larger cap stocks in these sectors are still grappling with legacy issues.

The big risks to watch out for in 2018..
Finally, your positive vibes for 2018 will be circumscribed by the risk factors. Interestingly, we expect all the 3 risk factors for the coming year emanating from the global arena. Firstly, If US growth is rapid and the Fed decides to hike rates by 3-4 times in 2018 then it could be a major risk factor for India and all EMs. Secondly, the Fed decision to tighten the liquidity by reversing its bond buying program could be a much bigger risk than imagined. Most EMs have been driven by liquidity and a reversal could be dangerous. Lastly, watch out for Bitcoin. This crypto currency is already up 7 times in 2017 and appears to be a bubble in the making. With a combined market value of $300 billion, Bitcoin could be a much bigger risk factor than originally imagined.

So, Santa has been fair when it comes to sharing the big ideas for 2018. The ball is in your court how to make the best of the wisdom of Santa!