The Dollar Stampede |Blog by Mr.Kishore Narne
Open an Account 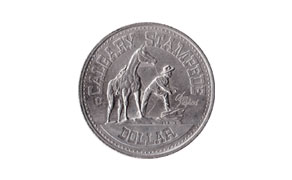 "India in uproar over rupee's fall" this was the headline in The Washington Post in August 2013, we are again looking at similar headlines exactly after five years. So we are all wondering is it the same story or is it different this time.

Let’s have a look at the situation back in 2013, in the month of May 2013 the rupee was trading at 55.50 to a US dollar and the situation was not threatening at all, and the world was still enjoying the liquidity provided by the US bond purchase program also named as Quantitative Easing (QE). And the boat was rocked by none other than the then Fed chairman Ben Bernanke who put out an optimistic picture about the US Economy and announced that the Fed would soon be looking to stop the QE. This has created a watershed moment for all the emerging market (EM) currencies as the funds started to pull out investments from EM debt as well as equity which was accompanied by a surge in oil price and the demand for dollars sky rocketed. It soon became a vicious circle for the emerging market currencies like Indian Rupee as by now more and more investors started to pull out capital from because the rupee was depreciating sharply and as more capital outflow caused further depreciation. Government and RBI fumbled with many short term measures like import duty on Gold, rising interest rates and interventions by RBI to supply dollars but despite that the rupee depreciated to 68.83 by end of August.

Coming to the present we have seen the Rupee depreciate from ₹63.33 per dollar in the beginning of Jan 2018 to ₹72.09 per dollar by the first week of September, which makes it more than 13% in 8 months, though it can’t be compared to the carnage we have witnessed in 2013 but the uproar among the investors and importers seems to mimic the pain. The problem like most of the other times is that the sudden depreciation, especially the ₹5 per dollar fall in three months between June and August which caught many importers and analysts’ off-guard. Most of the analysts (including us) were sitting duck this time as there were no warning bells. If we see the situation in 2013 which was discussed above compared to now, the most important external factor the markets were worried about was the Fed tightening but this was going on the most anticipated path without any major surprise and was well discounted.

Besides the capital outflows the twin-deficits were to be blamed for such a rout in the rupee in 2013 along with higher inflation. Inflation, is a tricky thing it sometimes causes depreciation of a currency and sometimes is arises out of the depreciation of a currency. The inflation was in double digits back in 2013 and hit a high of 12.17% in Nov 2013, we are nowhere near to that currently and inflation is comfortably under 5%.

The only factor which is close to levels of stress in 2013 is the trade deficit which is now close to $18billion just shy of $19.37billion in May 2013 and the peak of $20.21Billion of Oct 2012. The major reasons behind this surge in trade deficit is the rise in the Crude oil price, Brent crude was trading at close to $80 in May 2018 and the peak price seen in September this year is $78.17, which means it remained flat during this time but the prices nearly doubled over the last 12 months, since Mid-2017 and as the long term import contracts get re-priced we are witnessing the lag effects of the rise on the import bill for recent months. Despite that, crude remains second on the import growth numbers which is topped by of gems and jewellery sector which has topped with fastest growth YoY and surprisingly according to world gold council data the demand for gold in India has declined by 8% in Q2 CY2018, and the import growth is triggered by the precious stones causing capital flight through the sector.

We have also seen a steep decline in agricultural exports as the subdued global prices for commodities like Sugar, Soymeal have limited our options to export and we have also lost some of our market for textiles to competition. Most of these challenges are structural in nature and can only be corrected through policy over long term, so we do not see any turn around in this but hope the deficit could be curtailed in high value segments like gems and jewellery.

The next thing to watch out for is the overall current account deficit (CAD), which hit 6.7% in Dec 2013, but currently it stands close to the 2.4% (RBI comfort level is 2.5%) but with no concrete plans of disinvestment, falling or stagnant revenues from GST and the upcoming election season could make the government miss the targets considerably and the market is already showing nervousness about that and expects it to expand close to 2.8% of GDP.

Finally, the economy both domestic as well as global economy are showing much healthy growth with GDP growth touching 8.2% (the rate of economic growth was 5% in 2012-13, the lowest in a decade), we should be able to manage this crisis much better than the 2013.

One the international front, thought the tapering by Fed has been well accounted for but the trade war started by president Trump and its fast escalation in to duties across the globe has caught many by surprise. Though the first bullet of tariff was fired in Jan 2018 but a series of duties levied from March through May 2018 have intensified the trade war and caused panic in many emerging market currencies and propelled dollar index to rally more than 9% in the first eight months of 2018. As the INR was already over valued on REER basis by approximately 2-3% the rupee corrected more than the dollar index. Now with REER overvaluation adjusted the future course should be much closer to that of dollar index and how far the trade war can push the dollar.

What could be done?

The rupee bottomed at 68.80 per dollar in the beginning of September 2013 and it took only a month and half to reach 61 by Mid-October as RBI initiated some tough measures to curtail the fall. This time the RBI has let down the markets on communication as the actions and statements are both muted, which is causing the markets to panic. Traditionally importers in India are avert hedging as they are reluctant to pay the forward premium, and if at all they cover short term payables which are mostly under a month to ninety days. But the current panic is pushing them to cover much longer term suddenly pushing up the dollar demand multi-fold, this together with capital outflow from investors pulling out money from debt as well as capital markets has added to the demand.

Still the biggest risk factor for the rupee would be the foreign investors’ pulling out from EMs including India, but the RBI has been sitting on close to $440billion (we are now down to $400B after recent interventions) dollars in reserve compared to $291billion back then. As of now the RBI has extensive list of tools which can be used to stem the fall, though as the first line of defence the RBI has been using its forex reserves to contain volatility and now it has exhausted nearly 10% of its reserves over last few months.

We see the next attempt would be made through rising interest rates so that making an effort to halt the capital outflows from the debt, and compensate the CAD slippages, a 50bps rise could send a strong message to the market. Currently with credit growth being low the banking system is sitting on excess liquidity but generally the liquidity tightens in the second half of the fiscal year which is Mid-October onwards with the cost of money rising the RBI could be looking at Open Market Operations (OMO) to keep the system oiled enough to keep the growth machine working.

With enough communication and actions the current fall could be slowed down and with commodity prices other than crude not looking threatening and if we manage some leniency on imports of crude from Iran by USA then the situation could drastically improve. Currently most of the negatives are in the price and any further fall would warrant fresh triggers, except the crude prices (which are also not threatening right now, but need to see on how the Iran sanctions would shape up) being the major trigger and occasional blips of worsening trade war the domestic fundamentals are well discounted in the current exchange rate. Some of this depreciation should aid our export competitiveness and should be good for the country. We do not believe that we have hit a similar panic what we have seen in 2013 but see ourselves standing on a much stronger footing this time.