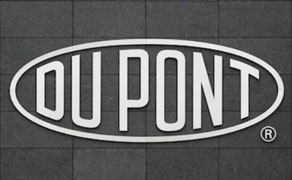 Du Pont is one of the legendary companies in American history which gave the world Nylon (Remember it is called Nylon because it was simultaneously invented in New York and London). Du Pont does not exist today as it was merged into Dow Chemicals, another big chemical major in the US. Apart from Nylon, the other big contribution that Du Pont made was in the field of financial analysis. Du Pont pioneered the analysis of Return on Equity (ROE) as a means of evaluating the company and identifying problem areas. Hence this ROE analysis also came to be known popularly as Du Pont Analysis. So how to calculate Du Pont Analysis and what exactly is the Du Pont Analysis interpretation? What exactly is the importance of Du Pont analysis for a company and what can shareholders glean from that. Let us understand the concept first..

Understanding the concept of Du Pont Analysis..
Du Pont analysis begins with the ROE as a principal measure of the attractiveness of any business. After all, what mattes from a shareholder’s point of view is what the business returns for the shareholders. Therefore higher the ROE, better the company and lower the ROE, less attractive is the company. Du Pont analysis is based on the premise that such kinds of discrete analysis can be dangerous as the components of the ROE are more important than the absolute ROE figure itself. The Du Pont analysis therefore breaks up the ROE of the company into 3 critical components as under..

As the above formula captures, the ROE is a function of 3 factors viz. profitability, asset turnover and financial leverage. While profitability measures how profitable is the business of the company, the asset turnover gauges how efficiently and effectively the assets of the business are being utilized. The Financial Leverage is a measure of how much debt the company is using in the business. The ROE can, therefore be mathematically re-written as under..

How and why is Du Pont analysis useful to companies..

ROE trend is more important than the absolute ROE. One can intuitively say that the ROE of 20% is good while an ROE of 10% is not so attractive. But ROE has to be actually evaluated in the light of two trends. Firstly, what is the periodic trend i.e. how the ROE of the company has trended over the years. Typically, a stable to rising ROE is a much healthier indicator of a company. The second relative analysis is how the ROE of the company compares with the industry benchmark. For example, asset light businesses like FMCG and IT have much more attractive ROEs. At the same time, sectors like power and telecom typically have lower ROEs. A comparison with the industry benchmark gives you an idea of where the company stands with respect to competition.

Why breaking up the ROE components is important..

The trend of the ROE over a number of years and benchmarking with the industry averages can give you deeper insights. But that is still not sufficient to get an analytical perspective. That is possible only when you break up the ROE trend to understand what caused the ROE to change. Let us look at two companies with same ROE to understand this issue..

A cursory glance may make you feel that Company X and Company Y is comparable because they have similar ROEs. But if you break up the components you get the answer. Company X has a much better profit margin compared to Company Y. This is despite the higher leverage that it has on its book which means that Company X has been able to manage its cost of debt very efficiently which explains why its net margins are so good despite higher debt. On the other hand, Company Y is extremely efficient in the use of its productive assets. But it is making very inefficient use of its capital as it is having a low profit margin despite having such low leverage on its books

It is useful for company business heads to understand how their segment is contributing to the overall ROE of the company. In fact, this can be used as a reliable indicator of performance measurement of divisional managers.

For the top management this is useful in capital allocation decisions. After all, the capital has to be allocated to that business which contributes most to the ROE of the company with minimal risk. Increasing ROE by increasing leverage is not a good idea.

Du Pont analysis helps the analyst tracking the stock to pin point the actual triggers that are driving the performance of the company and whether these factors are sustainable or not. That is what ultimately matters when it comes to valuation of the company.

Lastly, the fund manager will take a decision on comparative investments based on the ROE analysis. Over a longer period of time it is ROE that drives valuations and also the P/E ratio re-rating. That only happens when the ROE boost is sustainable. That is exactly what Du Pont analysis captures.

Du Pont analysis is a great way to take a bottom-up approach to understand a company and its business. What is more; it is actually quite simple!