What do rising bond yields in the current context indicate? 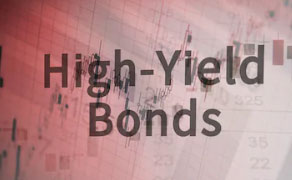 The shaded portion shows the actual rise in bond yields from a level of 6.24% to 7.31%, representing a yield gain of nearly 107 basis points. It is rather surprising that yields have gone up sharply because during the last 1 year the RBI has continued to hold rates flat to dovish. In fact, there has actually been a cut of 25 basis points during the last year. Then what explains this 107 basis points rise in the bond yields? Actually, there are 3 factors that need to be understood here..

An indication of the end of the rate cutting cycle
During the February 2017 monetary policy, the Monetary Policy Committee (MPC) clearly shifted the stance of its monetary policy from accommodative to neutral. That meant that the RBI was taking the data as it came and it stood ready and willing to either put an end to rate cuts or to even hike rates if required. While rising inflation expectations (as we shall see in the next point) was one of the reasons for the rising yields, the bigger concern was that global central banks were gradually beginning to get more hawkish in their monetary stance. The US Federal Reserve has already guided for a 75 basis points hike in Fed rates and has now opened the doors for a possible 100 basis points rate hike during 2018. With Indian debt flows from FPIs largely dependent on the relative risk-on spread of Indian bonds, the yields have already started rising in anticipation of maintaining the spread over the US 10-year generic bond.

The real reason could be the sharp rise in CPI inflation

As the chart above clearly indicates, the retail inflation has gained over 370 basis points in the last 6 months. Ironically, the inflation rate had started falling in 2016 after a good monsoon had resulted in a record Kharif output. In 2017, the monsoon was slightly below the normal level and that had resulted in lower Kharif output. While pulses still remained in the realm of negative inflation, the inflation on vegetables has turned sharply positive. Also there is the larger impact of oil prices. Crude oil has crossed $71/bbl and with India relying on imports for nearly 85% of its daily oil needs, oil prices are likely to have a pronounced impact on retail inflation. That is one of the reasons expected inflation has been consisting going up as put out by RBI estimates. The problem with rising oil prices is that it has strong downstream effects and the impact tends to remain sticky. That has been a key factor impacting the benchmark bond yields higher.

Globally, bond yields have been inching up in the last 1 year

The above chart captures the relative 10-year benchmark yields for India, Germany and the US. It is clear that bond yields have been rising across key markets. What does that indicate? Rising bond yields are not unique to India but this is a phenomenon that is visible globally in the past year. There are 4 reasons for this global rate rise phenomenon..

Bonds were probably the easiest asset to bet on in the last 30 years. Now experts like Bill Gross are already indicating that the 30-year bull market in bonds may be about to finally come to an end. That has led to unwinding in bonds bringing down the prices and taking up the yields

Not just the US Fed but other central banks like the ECB, BOE and the BOJ are also looking at putting checks on liquidity. As liquidity tightens, the bond yields could automatically harden and that is being reflected in global bond yields.

Lastly, growth is finally coming back to the world economy. There is a clear growth recovery in the EU and Japan. The US is expected to grow at 2.7% this year while the IMF expects the world economy to grow at 3.9%. That means inflation is coming back and the rate cut cycle may be finally over. That is an important trigger for bond yields to rise.

The Indian markets are interconnected with the global bond markets through the flow of funds and yield spreads. Globally and domestically, the easy money in bonds may be coming to an end. That is, perhaps, what the rising bond yields in the Indian context are actually indicating. Bond fund managers need to aggressively tweak their bond strategies in the coming year!