What does GST rate cut mean to you? 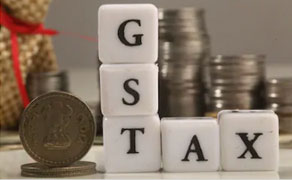 In the last 15 months since the GST implemented in full earnest in India, there have been numerous cuts on a wide range of products. The core idea of GST was to exempt the products of daily consumption from the burden of GST while imposing higher rates of tax on non-essential items. The most significant of these GST Council meetings was the 28th Council meeting this year which decided to cut GST on a range of products across the board to offset (at least partially) the pernicious impact of higher inflation caused by crude oil prices. Let us look at the key changes to GST rates in India and what does GST rate cut mean for me. Let us find out!

A sample of key items where the GST rates were cut

In the 28th meeting of the GST Council headed by the Finance Minister Mr. Arun Jaitley, it was decided to reduce the tax rates on more than 50 items; many of them products of common and regular use like sanitary pads, white goods like washing machines, refrigerators and kitchen appliances. In earlier GST Council meetings, all food and food products had been consciously kept in the range of 0% to 5% GST.  Take two examples. Sanitary pads have been exempt from the GST from a 12% GST rate earlier. Most of the white goods, which are largely consumed by the vast Indian middle class, have seen their tax rates reduced to 18% from the earlier 28%, which was more of a logical correction. The Council decided to tax footwear of value up to ?1,000 at 5%, where earlier this slab was reserved for footwear up to a value of ?500. This will keep the household budgets of people in check. There was also some GST relief for the hotel industry with the rate of tax on the accommodation service calculated on the basis of the transaction value rather than the declared tariff. The Council also tweaked its filing process to make it simpler. Assessees with an annual income of less than ?5 crore can now file their returns on a quarterly basis. This pulls nearly 90% of the GST assessees into this concessional bracket.

Why is the GST rate reduction significant at this point of time?

The announcement of lower GST rates is consistent with the Council’s ongoing efforts to rationalise the tax rates and keep only the negative goods in the 28% bracket. The simplification of the return filing procedures will lead to a widening of the GST base and reduce the burden of compliance on the small businesses, which was the intent anyway.

Take some specific cases where the GST was reduced. The decision to exempt sanitary pads from the GST is both women-friendly and progressive that will greatly reduce their price. This will not only encourage more women in non-urban centres to adopt this more hygienic practice, but also reduce the family budget spending. Of course, there is a catch here. Since the pads are now tax-free, they will not be eligible to claim credit for input tax paid. Hence, the net impact may not be too significant.

Impact of this GST rate cut on government revenues

Based on the lower GST collections in the last couple of months, it is quite evident that these rate cuts have been instrumental in further suppressing the revenues of the government. However, the government is confident that the revenue impact of its rate reductions on white goods will not be significant as the increased demand due to the price reduction would keep overall tax revenues buoyant. However, it remains to be seen if the cuts would really be revenue neutral. There are two reasons for this scepticism. Firstly, apart from price, use of sanitary pads is also about familiarity and availability. Hence the price impact may not really be visible. Secondly, there are some unique features about the purchase of white goods. Normally, people buy these products once in 7-8 years and hence price is not a real concern if these products come with added features. Also, since most of these products are nowadays funded by EMIs, the difference in the EMI may not be really significant. What these GST cuts have done is to narrow the 28% rate slab to only luxury items and sin goods such as tobacco and cigarettes. This is a welcome move, and a big step towards possibly removing the slab altogether, thereby further simplifying GST.

The rate cuts are surely a step in the right direction as it will be instrumental in reducing the burden on the household budget and the cost of living. But the big achievement has been the gradual reduction of the 28% bracket, making the entire GST structure more convergent.