What drives the movement of the Indian Rupee (INR) 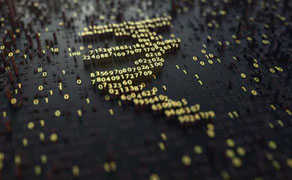 We are all familiar with the concept of exchange rates and how they are used to exchange currencies of different countries. But, how exactly does the value of the currency get decided? On what basis does the market decide that the value of the Dollar will be equivalent to Rs.64/$ or the value of the Euro will be equivalent to Rs.70/$. Of course, since the exchange rate is a tradable commodity and hence it will get determined by the forces of demand and supply. But currency is not just like any commodity as the health of the economy is the underlying asset. A strong currency normally co-exists with a strong economy and vice versa. Let us now look at some of the key factors that determine the value of the INR

1. Of course, the Dollar index is a key determinant of the INR value
Remember, INR is always expressed in terms of another currency. Normally, the most common benchmark is the US Dollar. Any weakening or strengthening of the dollar has a proportionate effect on the INR/USD exchange rate. For example, if the USD strengthens against the Euro, Pound and the Yen, then will the dollar appreciate against the INR too? This relationship comes out vividly in this Bloomberg chart

In the above chart the five year returns of the Dollar index are plotted alongside the INR/USD exchange rate. The negative correlation is almost at par. Over the last five years, the Dollar Index (DXY) has appreciated by a little over 13%. During the same period, the INR depreciated against the dollar by around 13.4%. The reason is quite simple. Most of India’s foreign trade and foreign debt is denominated in USD. Hence any strength in the dollar index gets automatically transmitted to the INR/USD exchange rate in the same proportion.

3. Hedging pressure in the rupee forward market
In India the rupee forward market is quite large and deep. The rupee forward market is an Over the Counter (OTC) market as it does not trade on a regular exchange. Typically, importers, oil companies and foreign currency borrowers have an exposure in dollar terms and hence they need to hedge their exposures. However, since hedging takes away a large chunk of profits, most players prefer to keep some portion of their dollar exposures. When the INR becomes volatile, typically the corporates with exposure and the importers rush to their banks to hedge their dollar exposure using forwards. This puts pressure on the dollar demand and further weakens the INR vis-a-vis the USD.

4. Fiscal discipline is a key determinant of long term rupee value
The INR has been seeing strength each time the government has committed itself to maintaining fiscal discipline. When expenditures are unchecked, the impact is immediately evident the fiscal deficit and the revenue deficit. In fact, back in mid-2013 the revenue deficit of India had almost gone as high as 5% which eventually led to the INR cracking sharply versus the dollar. Any deterioration in these key macros will automatically lead to pressure on the INR.
There is one more point that needs to be understood. Most central banks tend to direct the currency towards a specific target. Of course, the role of the central banks in regulating currency movements is quite limited. Still countries like Russia, China, India and Singapore have seen substantial impact of central bank action on the currency value; INR included.

6. Finally, you need to understand the role of REER
The Real Effective Exchange Rate (REER) is a useful measure to determine whether the currency is fundamentally overvalued or undervalued. The trigger is normally inflation differential. For example, if Indian inflation is at 4% and US inflation is at 1%, then under normal circumstances the INR should depreciate by 3% each year against the USD. However, despite higher inflation compared to other developed nations, the elevated flows from FIIs and FDI ensures that despite having an overpriced REER, the INR continues to strengthen.

There is really no single factor that determines the INR value and more often than not it is the combination of all these factors that has a bearing on the INR/USD exchange equation.