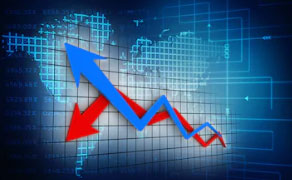 In the last 2 years the Nifty has given a return of around 23% each year appreciating by a total of 52% since the lows of Budget 2016. So what exactly has driven these returns? Is it a case of undervaluation where low P/E ratio has driven the stock prices? Or is it a case of growth driving stock prices? When we talk of growth, we not only refer to actual growth in top-line and bottom-line but also the expected growth in both these variables. In fact, it is expectations of growth that is more important than the actual growth itself. Let us understand the factors affecting share prices. What should you prefer in these market conditions; growth or value stocks? What is the growth vs. value stocks performance in the last few years?

The above chart captures the movement of the P/E ratio of the Nifty between Jan-2017 and Jan-2018. As is evident from the chart, the P/E ratio of the Nifty in the last one year has moved up from 23X to 27.66X. These are trailing P/Es based on the last 4 rolling quarters and are therefore different from the projected P/Es that most analysts and traders use. The idea of using trailing P/Es is to eliminate the analyst bias when it comes to projection. The question therefore is whether the low P/E of 23 in Jan-2017 created the value argument and led to the outperformance of the Nifty. The alternative question is whether the growth in earnings and the growth expectations led to the P/E being re-rated from 23 to 27.66 in the last 1 year?

Low P/E or growth expectations; what has driven growth in the Nifty?
When we are talking of 23X P/E in historical terms we are referring to around 20 times earnings in forward terms. That is not exactly a situation that justifies a valuation argument. The situation was very different in April 2003 or in March 2009 when the P/E had fallen closer to 11X. That was a classic valuation argument since the downside risk at those levels was very low. That cannot be the case in Jan-2017 and hence a pure value argument may not be able to explain why the Nifty gave a return of 23% from those levels. It is more likely that the markets were driven by the growth argument which implies that the market is expecting that the growth in top-line and the bottom-line will be robust enough to justify the higher valuations. Hence a growth argument looks more likely. Let us look at a more elegant argument in the chart below..

What the above chart indicates is that the stock price is normally a function of the expansion of the P/E multiple. The P/E multiple is, in turn, a function of the expected expansion of earnings of the company. You need to remember, that growth in bottom-line is given a lot more importance than the growth in top-line when it comes to P/E expansion. That has been the case in the Indian context too. But why has there been an expectation of earnings growth in India and why has that led to P/E expansion?

The big boost to earnings expectation came from the bank recapitalization and rescue program. The combination of Prompt Corrective Action (PCA), Insolvency & Bankruptcy Code (IBC) and recapitalization has resulted in expectations that the books of the PSU banks will be cleaned up. In fact, the government’s Rs.88,000 crore recap programs is expected to free up lendable resources to the tune of Rs.5 trillion. This can have a multiplier effect on earnings growth.

Even as top-line growth has been muted in most sectors due to factors like demonetization and GST introduction, the bottom-line has benefited due to a variety of factors. Companies have deleveraged to a large extent, most companies have benefited from lower input cost due to the relatively cheaper prices of oil. This has expanded the ROE and the earnings growth; both of which are conducive to P/E expansion.

The government’s aggressive investment in infrastructure is likely to trigger a revival in the capital investment cycle and that will lead to a virtuous cycle of more investments, capacity expansion and more growth. This is again P/E accretive.

Expanding consumer demand appears to the big theme of the current government. The government is expected to invest heavily in expanding rural demand and also in putting more money in the hands of the tax payers through rebates and exemptions. This is likely to trigger a consumption boom and is likely to be positive for the earnings for index heavyweights like financials, autos and FMCG companies.

The big bet of the Indian market appears to be the revival in growth. Value as a trigger is more meaningful when the entire market is grossly underpriced; as we saw in 2003 or 2009. Otherwise, it has been growth and growth expectations that have driven stock markets across the world. India has been no exception!