Why are key agricultural commodity prices down? 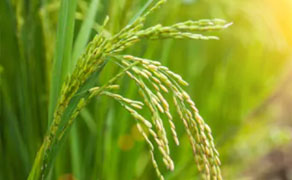 In fact, the monthly food inflation that was contributing to pushing up the CPI inflation till July last year is actually now contributing to pulling down the CPI inflation. The non-food inflation is now a bigger risk for the RBI than food inflation. While a normal monsoon last year and a bumper Kharif production could be responsible for this trend, there are apparently more reasons behind this phenomenon. The sharp fall in the price of agricultural produce is not just about a good monsoon but host of structural factors. Here are a few of them..

A good monsoon is, of course, the simplest answer
The monsoons in 2016 were at 98% of the long period average (LPA). Since this came after 2 years of consistent drought in 2014 and 2015, it opened the doors for the farmers to expand the production of most Kharif crops. The Kharif production in 2016 was up by nearly 10% compared to the previous year and this resulted in a glut of supply in the food market. This is one of the basic reasons for the massive supply in the market. With the monsoon in 2017 also being predicted by the IMD at 98% of the LPA, one can expect these supplies to pick up once again this year. In fact, that expectation that a good monsoon will result in another bumper crop is already putting pressure on agricultural prices, even as the monsoons have just set in across India. Even the most optimistic estimates are expecting further weakness in agriculture prices this year.

If you break up the components of food inflation, the real threat comes from pulses where one can see negative inflation. In fact, the pulses have been seeing negative inflation consistently over the last 6 months. While that can be partly attributed to the base effect, a large part of this fall in prices of pulses can be explained by the huge supply boost in the last one year. The boost to overall pulse production was almost to the tune of 50% and with the MSP not too attractive, the crash in prices was almost inevitable.

Demonetization also played a role in depressing agricultural prices..
The demonetization process that was initiated in November 2016 had its impact on the farm sector too. There were quite a few reasons for that. Firstly, most traders were only willing to pay the farmers in old currency notes that were not valid tender any longer. Since farmers could not take that risk, it actually resulted in these farmers disposing off their stocks of pulses and cereals at throwaway prices. While in many cases the prices were not remunerative, the farmers did not have a choice and that also resulted in a glut of supply. Secondly, most traders hoard agri produce and that acts as a very important price stabilizer in the market. Since banks do not fund hoarding of grains, traders have normally used informal sources of financing to fund the storage of grains and pulses. However, the demonetization created a tremendous strain on liquidity and the traders had to perforce dispose their stock even at lower prices.

The strong rupee made imports cheaper and exports costlier
While the Indian economy was celebrating the strong rupee for its salutary impact on capital inflows and on low crude oil prices, it was having a negative impact on farm pricing. The surge in agri imports was aided by a strong rupee and cyclical shortages of agri products in India. On the other hand, exports have been restrained by government restrictions and by a strong rupee. In fact, permission to export agri-products will go a long way in regulating the supply in the domestic market and ensuring better prices. As long as the INR stays strong, this negative impact on agri-prices will continue in India.

Lack of storage facilities for perishable goods..
If you break up the components of food inflation the other item that had negative inflation, apart from pulses, was vegetables. This problem could have been largely addressed if there were better facilities for post-harvest storage, cold storage facilities and improved movement across India. However, the absence of these facilities meant that most mandis were seeing a virtual distress sale of perishable products like fruits and vegetables. The government has put post-harvest infrastructure as a thrust area in this budget but that will take some time to be able to deliver the goods.

In a nutshell, the sharp increase in production of pulses was primarily responsible for the sharp fall in agri-product prices in India. Of course, the demonetization exercise and the strong rupee also served to partially exacerbate the situation. It remains to be seen how the agri prices pan out in year 2017, especially considering that is likely to be another year of normal rainfall!