Will the budget reverse the long term capital gains tax and DDT? 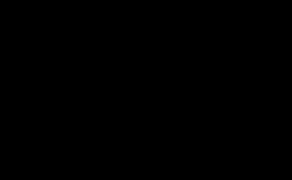 With the retail participation in equity markets increasing in a big via mutual funds and SIPs, there is a major demand to scrap long term capital gains tax as well as the dividend distribution tax (DDT).  Current, dividends paid out on equity are effectively levied DDT at 20.56% in the case of direct equities while it is lower at 10% in the case of equity funds. Dividends on debt funds are currently levied DDT at 29.12%.
The bigger bone of contention has been the tax on long term capital gains on equities, which was imposed in the Budget 2018. In Union Budget 2018, the government announced a 10% flat tax on long term capital gains on equities and equity funds above Rs.1 lakh per year. Since this was a flat tax, there was no benefit of indexation allowed. This was specifically negative for long term financial planning via equity funds. Ahead of the budget 2020, investors are demanding scrapping of LTCG tax and DDT as well as toning down of STT. Let us see which of these are really practical?

Is it feasible to scrap STT?

In a way there is a case to scrap STT because India has been losing out to global exchanges like the SGX on Nifty futures volumes due to the distorting effect of STT. However, that has been partially addressed through the IFSC route. The second argument against STT has been that it adds to the cost of trading for short term traders and that impacts volumes and liquidity. However, in the last 15 years since STT was introduced, volumes in the cash and F&O market have grown exponentially and the market has also become substantially more institutionalized.

The real catch with STT is the simplicity and the revenue impact of STT. Currently, STT generates close to $1.2 billion for the government of India. That is not something the government would easily want to give up. Secondly, it is easy to impose and very difficult to evade and adjust, since it is a tax on volumes and not on income or profits. Considering the revenue implications, it does look like scrapping of STT will have to be ruled out.

Will the government scrap the tax on long term capital gains?

This looks very likely because this did not generate revenues in the past and even in the last two years this has hardly generated anything worthwhile. The Budget 2018 has targeted revenues of $8 billion from LTCG tax, which was impractical in the first place. Considering that the revenue contribution has been minimal and the impact on retail wealth creation is negative, this could well be scrapped in the Union Budget.

One option will be change the definition of long term capital gains on equities from 1 year to 2 years. That would be welcomed as it would weed out the weak and speculative hands from the investment game draw a clear line between the short term traders and the long term investors. For the large number of retail investors investing in equities through the MF and SIP routes, this may not make any meaningful difference. They will be pleased that when they monetize their investments after (say 15 or 20 years), they would not lose anything on taxes.

Will the Union Budget scrap the DDT on dividends?

Again, DDT is a form of tax deduction at source and hence it is extremely simple to collect and to administer. Also, the spillages in DDT are minimal. Dividend distribution tax contributes close to $5 billion each year to the coffers of the government and that is too large to be ignored. The markets have adapted to DDT over the last two decades and on the equity side it is not a real issue. However, the government can give the benefit of charging the DDT to the P&L account so that it will be a tax shield. This tax shield will also encourage companies to pay dividends more liberally.

Where things could change is on the 10% tax on dividends in the hands of investors above Rs.1 million per year. This does impact the promoters and the very high net worth investors but that is prima facie unfair. Dividends are already a post tax appropriation and are subject to DDT. So dividend tax becomes the third level of cascading. The government can look to scrap the tax on dividends in the hands of the investors and also do away with the buyback tax, which will take away the anomaly.

The market has big expectations on the LTCG tax and the DDT. One only hopes that the same are fulfilled.