Open an Account
3 Big Upcoming IPOs To Look Out For

3 Big Upcoming IPOs To Look Out For 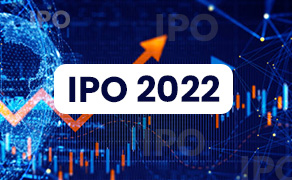 2021 will go down in Indian history as the ‘year of IPOs’. An unprecedented 65 mainboard IPOs were launched in the year leading to huge valuations of startups and other established companies, and collectively raised over ₹ 1.2 L Cr. 2022 had started with equal zeal and enthusiasm in the Indian markets but global forces like the US Fed rate hikes and the military conflict in Ukraine led to a slowdown in the international market. While it doesn’t compare to last year, still almost 2 dozen IPOs have been launched this year to raise money from the primary market. While there are just a few more months left in the year, the market is seeing a renewed resurgence. This, clubbed with the festive season around the corner, is going to see a few more IPOs being launched. Out of these, here are the 3 big upcoming IPOs that you should look out for.

Go First is a renowned ultra-low cost carrier airline in India. Prior to the onset of the pandemic, India was recognised as the faster growing aviation market in the world. However, since then the nationwide lockdowns, travel restrictions, and other apprehensions made a huge dent to the industry. So much so that Go First has become a debt laden company, at the moment. To repay this debt and for other expansion plans, Go First is aiming to go public. The intent is to raise around ₹ 3600 Cr from the primary market.

With a total flight inventory of more than 56 aircrafts, Go First serves 28 domestic and 9 international destinations, the company has been witnessing a steady climb in its market share that now stands just around 11% of the total Indian market. This bodes well for its upcoming IPO launch.

Points in Favour : Here are some of the key strengths and opportunities of the company that make this new upcoming IPO worth keeping a track of.

OYO (On Your Own) Rooms is one of India’s largest hotel networks that is reported to cover almost 200 cities nationwide. This 1 decade old company was a startup that emerged into a unicorn (valuation of $1 Bn) in a short span of time due to multiple rounds of funding by venture capitalists and other investors. While highly recognisable in India, the company has also extended its operations to south-east Asia, Europe, and the U.S.

The initial draft red herring prospectus (DRHP) filed by OYO with SEBI had ambitions of raising a whopping ₹ 8430 Cr by becoming publicly listed. However, in recent news it emerged that the valuation of the company has taken a hit. In the light of this, OYO has filed an addendum to its original DRHP and reduced the new upcoming IPO’s offer for sale.

Over the last dozen years or so, OLA has emerged as one of the largest mobility platforms in India. The Bengaluru based company offers transportation services through prepaid cabs, metered taxis, auto-rickshaws and two-wheelers. The company has undergone several rounds of funding to reach a valuation of over $5 Bn. Its subsidiary, Ola Electric, has become a renowned EV manufacturer and is a popular name among electric two-wheelers. Its manufacturing facility, the Futurefactory, is a feather in its cap and is one of the largest two-wheeler factories in the world.

The company is looking to launch an IPO, the size of which is likely to be to the tune of ₹ 7300 Cr.

Note: The updated information regarding these 3 upcoming IPOs such as launch date, final offer and lot size, and share price are yet to be confirmed.