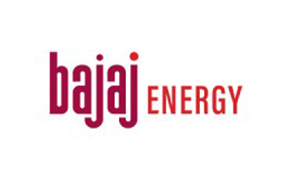 Bajaj Energy Limited, part of the Bajaj Group of companies, had filed a Draft Red Herring Prospectus (DRHP) with the Securities and Exchange Board of India (SEBI) back in the year 2019. However, due to the widespread nature of the COVID-19 pandemic, the company had to push its plans of going public.

Incorporated in the year 2008, Bajaj Energy Limited has its headquarters in the city of Mumbai. The company is into generation of electricity through thermal power plants spread across multiple locations in Uttar Pradesh. In fact, Bajaj Energy Limited is one of the largest private sector thermal power generation companies in the state of Uttar Pradesh.

The total installed power generation capacity of the company stands at around 2,430 MW, with plans on expanding the capacity even further in the near future. For the purposes of securing fuel supply to the company, Bajaj Energy Limited has inked a formal long-term agreement with Central Coal Fields Limited.

Now that you’re aware of the company and its primary business, here’s a few of the key details of its latest IPO such as the date, and share price, among others.

The total issue size of Bajaj Energy Limited’s IPO is slated to be around Rs. 5,450 crores. This issue includes both an Offer for Sale (OFS) from the company’s promoters as well as fresh issue of shares. The size of the OFS component of the issue comes up to about Rs. 300 crores, whereas the remaining Rs. 5,150 crores would be generated out of fresh issue of shares.

As with the Bajaj Energy Limited IPO date, the price band has also not been determined as of yet. With the submission of the final RHP with SEBI, more information regarding the same is likely to come to light.

The company has stated in the DRHP that it plans to use the proceeds from this IPO issue towards the purchase of around  6,99,36,900 equity shares of Lalitpur Power Generation Company Limited from Bajaj Power Ventures Private Limited and Bajaj Hindusthan Sugar Limited. The remaining funds, if any, would be used for general corporate purposes.