Key drivers for the equity markets from here on 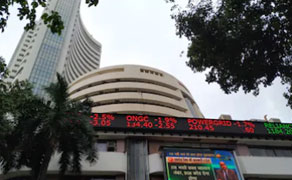 With the Nifty and the Sensex at all-time highs, it is a classic debate between the head and the heart. Your heart, based on past experiences, tells you to be prepared for heightened volatility and risk in the market. On the hand, your head convinces you to stay put in the only major market in the world that is genuinely showing growth, albeit sequentially lower. For the traders and the investors it is essential to understand what could drive the markets from here on? While optimism is a good starting point for markets, it cannot be the rationale for sustaining markets at higher levels. That is exactly where fundamental drivers come in. Here are 7 such drivers for the equity markets..

1.  How the monsoons pan out this season..

Of course, one can take recourse to the fact that the IMD has predicted monsoons in 2017 at 98% of the long period average (LPA). That almost puts it at par with the monsoons in the previous year wherein the Kharif output had shown a growth of 10%. But then, monsoon is not just about the quantum of rains but also about the spread and timeliness of rains. The IMD has forecast timely arrival and reasonable spread, which could be the good news. A good Kharif output will mean lower food inflation and therefore lower CPI inflation. This is one of the key factors to watch out for.

2.  How oil prices pan out during this year..

The importance of oil prices for the Indian economy and capital markets cannot be underestimated. India still depends on import of crude oil to meet 80% of her daily oil requirements. Over the last 30 months, the price of Brent Crude has fallen from $115/bbl to $48/bbl. This has led to a wealth transfer to the tune of billions of dollars from oil producers to oil consumers. India has been one of the biggest beneficiaries of this oil dividend as has been evident from many Indian companies reporting better operating margins during the last few quarters. With Qatar likely to exit the OPEC quotas and the US likely to flood the market with shale, oil prices are likely to stay flat to weak. That will be conducive to the sustenance of the equity rally.

3.  How will GST impact the Indian equities?

That is a big question as India readies to implement GST effective July 01st 2017. Most of the GST rates are out and, prima facie, it looks like the GST rate structure will be broadly anti-inflationary. There will be a temporary disruption that many businesses will face due to this quantum shift and that will impact profitability in the next few quarters. However, the real cue to watch out for will be how Indian companies remodel their logistics and distribution networks to make their operations more optimal and customer-driven. GST is expected to add 2% to GDP and that $50 billion annual thrust will have a salutary impact on the equity markets.

4.  Will there be a return to growth?

That could be the big question confronting markets. The GDP numbers for the full year 2017-18 came in at just 7.1% with the fourth quarter Gross Value Added (GVA) growing at just about 5.6%. This could be directly attributed to the lag effect of demonetization but that should start changing from the coming quarter onwards. Remonetization should start reflecting in the form of higher growth in the next few quarters if India needs to maintain its GDP edge over China. Unless GDP sees a shift back to the 7.5% levels and IIP does not show consistent growth, the corporate profitability and top-lines are unlikely to pick up meaningfully. That will be one of the key drivers for the equity markets.

5.  How will the FPI flows pan out during the year?

One can argue that India is already among the largest recipients of FDI in the world and hence FPI flows may not be too relevant. However, FPIs continue to be key drivers in the equity market due to their larger share of floating stock ownership in the large cap stocks. The month of March saw a surge in FPI inflows but it has tended to be tepid after that. A lot will also depend on how the US rate action pans out as that will determine whether FPI flows become risk-off or risk-on. The bottom-line is that robust FPI flows will have to be one of the pillars on which the rally will be built.

6.  A strong rupee will be a key driver of an equity rally..

Since the beginning of January 2017, the INR has appreciated from 68.5/$ to around 64.5/$. During this same period, the Nifty has also rallied by about 20%. This relationship is not hard to fathom. A strong rupee encourages FDI and FPI flows that see currency as a means to protect their dollar wealth. Also a strong rupee makes imports cheaper, which is crucial for an economy that runs an average monthly trade deficit of nearly $12 billion. A weak and volatile rupee tends to be a self-defeating situation as we saw during the massive correction in equities in mid-2013.

7.  Disinvestment of PSUs and IPOs could be a major trigger for equity markets..

Equity markets will be looking at more quality paper coming into the market. The challenge today is that too much liquidity is running after a handful of equities and that is resulting in an asset inflationary situation. With a surge in disinvestment of PSU and quality IPOs, there will be a genuine expansion of quality paper in the market. That will not only create greater investor participation in the market but also ensure that the liquidity gets spread across a larger universe. This is the key to sustenance of any equity market rally.

The next few months could be critical as these data flows come in. The Indian equity markets will actually require a combination of all the above factors working favourably to really sustain the rally!