Why Masala Bonds can be a game-changer for Indian companies 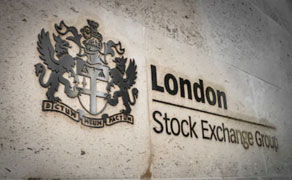 Masala Bonds have become a popular product in the last few months. While the idea of raising foreign money via Masala Bonds was first employed by IFC, many Indian companies have followed suit. HDFC, Yes Bank, NTPC and IRFC are among the Indian companies that have raised money through the Masala Bonds route. So what exactly is a Masala Bond and how does it operate. What exactly is a Masala Bond? A Masala bond is a Rupee bond but is repaid in dollar terms based on the extant conversion rate. Reputed Indian companies are permitted by the RBI to raise money abroad through Masala Bonds but such bonds have to be for a minimum tenure of 5 years. The bonds are issued in rupee terms and the interest and principal repayment happens in dollar terms. The key difference here is that the issuer does not bear the currency risk in this case; but the risk is borne by the investor. This used to be a major problem for Indian companies issuing dollar denominated bonds in the past. For example in 2008 and later in 2013, the INR crashed sharply versus the US dollar. During such times, the depreciation of the INR versus the dollar actually pushed many companies closer to bankruptcy. Understanding why the INR depreciation hits Dollar denominated bonds To understand the relevance of Masala Bonds, one needs to understand the downside risk in dollar denominated bonds through a real example. Assume that Company ABC Ltd. issued dollar denominated bonds to the tune of $200 million at 5% interest rate. The exchange rate at that point of time was Rs.55/$. Thus, the company effectively brought in Rs.1100 crore to be deployed into the Indian business. When the bonds were redeemed 5 years later, the prevailing exchange rate was Rs.69/$. ABC Ltd. will therefore require Rs.1380 crore to repay the $200 million to its lenders. Therefore, apart from the interest that the company has already paid, it will have to shell out an additional Rs.280 crore due to rupee depreciation. Obviously, this is the kind of currency cost that most Indian companies cannot afford. But why would foreign investors take the currency risk? Okay, so Masala bonds transfer the currency risk from the issuer to the borrower! But the question is why should investors take the currency risk in the first place? There are 2 reasons. Firstly, investors are enticed by the higher rates of interest that Masala Bonds offer. In a world that is really stretched for alpha, even a few basis points higher yield is welcomed. That brings us to the second risk of currency. Investors are betting that the INR will either be steady or appreciate from current levels versus the dollar. That means that investors in Masala bonds get a dual benefit. They benefit due to the higher comparative yields on Masala Bonds. Additionally, since these Bonds will be settled in dollars, the investor also stands to get more dollars for the same amount of rupees. But why are foreign investors so confident on the stability or relative strength of the INR. Why are foreign investors confident about the INR? For a long time global investors preferred the safety of dollar denominated investments compared to bonds denominated in currencies of emerging markets. But a few key things have changed in the last few years that made these investors more positive on the INR.Firstly, unlike other emerging markets like Brazil, Russia, South Africa and Indonesia, India is predominantly an importer of commodity trading rather than an exporter of commodity trading. Hence the dividends of cheap oil and commodity prices could favour India. Secondly, the GDP growth advantage that India enjoys over China is likely to direct greater foreign portfolio investor (FPI) flows into India compared to other Asian emerging markets. Lastly, the more favourable business environment created by the current government as well as the “Make in Initiative” has made India a favoured FDI destination. In the last fiscal, India has already attracted more FDI than China. All these factors have contributed to the strength of the INR, as well as the confidence in the stability of the rupee. Not surprisingly, the demand for Masala Bonds has been on the rise. Apart from higher yields, these Masala Bonds also offer the added advantage of a strong rupee to the investors. For the Indian issuers, this could save them the blushes of currency risk. With the resounding BJP victory in the UP state polls, Indian companies are lining up Masala Bonds worth nearly $1 billion in the next few months. This may just be the beginning of the emergence and acceptance of Masala Bonds. The product surely has a long way to go!