Why SIPs make a difference to your Mutual Fund Returns 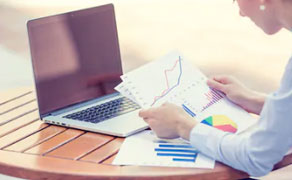 Back in December 2007, Mayank Narang had received a sum of Rs.12 lakhs from the sale of his plot of land in his village. He decided to put this money to good use by investing in equities. However, he was not too clear about which stocks or mutual funds to invest and therefore he decided to invest the money in the index fund of a large AMC. His argument was that since equities will outperform in the long term, he would be better off putting the money in an index fund where he will not have to bother about tracking his fund or its portfolio. When he reviewed his portfolio in September 2017 after almost 10 years, he realized that the NAV of the fund had just moved from Rs.10 in 2007 to Rs.16.50 in 2017. A total return of 65% over 10 years translated into annualized CAGR returns of just 4.8% per annum. Even if you add the 1% average dividend yield on the Nifty, his return would have been just 5.8% per annum. In fact, he would have been better off putting the money in a liquid fund or in a debt fund.

What if he had done an SIP instead?
Let us assume that instead of investing the money lump-sum he had decided to make it into a SIP of Rs.5,000 per month over a period of 10 years. He therefore invested the entire Rs.12 lakhs in a debt fund and then structured a monthly systematic transfer plan (STP) to sweep Rs.5,000 each month into the index fund. The SIP on the index fund over the next 10 years in the same index fund by the same fund house yielded an annualized CAGR of 12.3%. Additionally, he earned an extra 2.5% per year on an average on the idle money in the debt fund making it an annualized CAGR of 14.8%. Effectively, had he opted for an SIP instead of a lump-sum investment, he would have earned 900 bps more each year. Why this vast difference in yields in an SIP versus a lump-sum investment?

What gives this advantage to the SIP over lump-sum investment?
There are 4 key reasons why the SIP has given such a phenomenal out performance over the lump sum investment in case of Mayank Narang. Let us understand the triggers..

The famous concept rupee cost averaging has worked in favour of Mayank. When you invested in a phased manner, you get a higher NAV when the price goes up but you get more units when the price goes down. We all know that it is impossible to predict the precise movement of the markets and hence this systematic approach tends to average out the volatility in the market in favour of the investor.

The period between 2007 and 2017 has been one of the most volatile periods in market memory. Between 2008 and 2009, the Nifty lost more than 55% of its value but recovered all its losses by late 2010. Post 2010, the Nifty again went into a lull before bottoming out in 2013 and testing new highs by 2017. During this entire period of volatility, the SIP has been able to capture the troughs extremely well resulting in better yields.

The SIP puts money to work in a more efficient manner. When you invest the entire 12 lakhs in a lump-sum, the money is lying idle in your index fund. On the other hand, in the SIP approach, your money was invested in a debt fund / liquid fund and hence the investment was earning positive returns even as your gradually sweeping funds from your debt fund into the index fund over a period of the last 10 years.

The basic difference between the lump-sum investment and the SIP is that in case of a lump-sum investment the timing of entry matters a lot and that is where most investors falter. The SIP, on the other hand, is all about discipline and rule-based investing. As a result the SIP becomes largely immune to the volatility in the market. However, it would be interesting to note that had Mayank invested his 12 lakhs at the bottom of the market in March 2009, then he would have actually outperformed the SIP. Let us understand this point a little better.

When does SIP outperform and when does it under perform?
From a long term wealth creation perspective an SIP is a sensible approach as it does not burden you with timing the market. However, it needs to be understood that there are conditions when an SIP can actually under perform lump-sum investment..

In the above chart, the grey line represents the returns on the SIP while the yellow bar represents the returns on lump-sum investment. Had you begun your SIP in February 2013 when markets were at highs, then the SIP would have outperformed the lump-sum investment. However, had you invested after the Nifty crash in August 2013, your lump-sum investment would have comfortably outperformed the SIP. In the above case a gap of just 6 months makes a vast difference to the comparison of SIP versus lump-sum investment. While SIPs do offer a more scientific and disciplined approach, you need to remember that SIPs can under perform when you start at the bottom of the market. But since it is hard to predict market bottoms you need not overly worry about timing the markets!