10 Things to keep in mind While exchanging currency 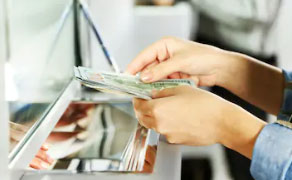 After the demonetization move by the Modi government, people were rattled by the long queues outside the banks and post offices for currency exchange. The Indian population was first given the option of exchange of old Rs 500 and Rs 1000 notes for the new currency, but as per the notification issued on the 25th of November, the exchange of old currency was stopped.

The Indians who still have the old Rs 500 and Rs 1000 notes can get them deposited in their bank account or the post office saving accounts or exchange them for new currency at the offices of the Central Bank. Though this announcement provided a little relief to the panic stuck citizens, one could still find snaking queues out these banks.

If you are one of those who still have the old currency, you can follow these tips that can help you retain your composure and to make the process hassle-free: 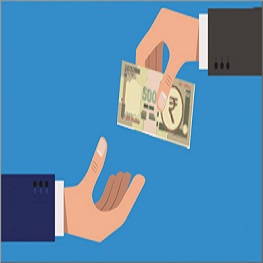 Plan Ahead
The old currency notes of Rs 500 and Rs 1000 can now only be exchanged at the offices of the Central banks. Get to know the timings of the bank and make sure you reach there ahead of time to avoid long queues.

Be Cautious
One has to submit their valid ID proof during the currency exchange and one can avoid any misuse by mentioning the reason for submission. This can be a precautionary step to ensure that your identity proof is not misused by anyone.

Carry a Valid Identity Proof
A valid identity proof is required for the exchange of the old currency. You can carry your ID in the form of Aadhar card, PAN card, driving license, passport or any other valid ID card that has been issued by the government of India.

Fill the Requisition Slip
One also has to fill up a requisition slip, which has a format specified by the RBI. Make sure you enter the correct details and along with the identification number of the Id proof you are submitting.

As per the last announcement made by the government, the old Rs. 500 currency can still be used for paying the tuition fees at government schools or use for crediting their mobile balances. People can also use these for buying prescription drugs and also for booking of train tickets till the 15th of December 2016. This move to stop the exchange of currency in banks and post offices has hit the rural areas in India hard as our country still has many places where there are no banks for several kilometers and some villages where the banks operate just once a week.

With the stop on the exchange of old currency in regular banks and with the withdrawal limit reduced and the ATMs still not functioning, the people of India are still struggling hard to meet their monthly expenses with no change in hand. The government has also asked the banks to provide the needed cash for pensioners and at the military outposts so that they can meet the immediate needs of the armed personnel. The government is also planning to bring in an amendment to the IT Act where there can be taxes that can be more than 45% and the people who would disclose their black money at once will be charged with penalty.

Where can one still use the old 500 notes?

To pay the school fees of up to Rs. 2000 per child in central and state government, local body and municipality schools.

To pay fees in state and central government colleges.

To clear the arrears for current and water bills.

Apart from the above mentioned, people can withdraw Rs. 24, 000 per week from their bank accounts  and also the limit on digital transactions using e-wallets like Paytm has been increased to Rs. 20,000 per month.