5 Advantages of Demonetization in India 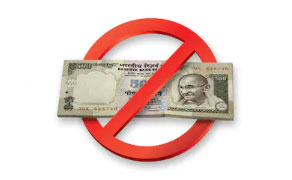 The 1000 & 500 rupee notes were recently demonetized by the PM, Narendra Modi. The entire country is now grappled with a severe cash crunch. However, this is only for a short duration of time. The demonetization move is going to be a very beneficial one, towards building a cleaner India. Counterfeit notes and black money hoarding are activities that necessarily need to be curbed. That is the reason, the ruling Govt. discreetly planned the move.

Let us go on to discover some of the Benefits of Demonetization:

Putting a complete full-stop to corrupt practices
One of the biggest advantages of demonetization is to put a complete full stop to malpractices carried out in the black money market. Now, people will be quite scared to involve in hoarding their cash as they would have an inherent fear of being prosecuted by the concerned authorities. Black money cash would now never be exchanged with banks either. Quite a lot of terrorist countries were dealing with hot currency including counterfeit notes to buy arms and ammunition.

Now, with the present demonetization move, this cannot happen at least for a decade or so. In other words, the smuggling of arms and dealing with terrorists will not be sustainable as all the money will be in a proper and systematic record now.

Witness a sophisticated banking system
With the present demonetization move put properly in place, the banking system will improve in a considerable manner. The economy will slowly start moving towards a completely cashless direction. Moving towards a cashless economy also implies better access to credit and revamping of financial operations.

More and more people will be using online portals to make their purchases. The existing white money will thus continue to remain with the government. The newly legalized money can thus be utilized by banks and financial institutions to grant loans to the needy borrowers and the banks can generate interest from the same. The financial or the banking system will receive an additional boost in terms of 7-8 Lac Crore of base money. This is when the new notes are circulated but, one must also witness how much cash remains in the banking system, once the withdrawal limits are eased.

Reduced liability for the Govt.
You can witness the move as a positive one as you have a number of fabulous benefits of demonetization. The move can reduce the risk and liability of handling liquid currency. It is always easier handling soft money as against hard money. As every note is a liability for the Govt., this liability can be reduced considerably. The old currency is again worthless for people who decide not to disclose their income. The old notes have become worthless pieces of paper now. With the current demonetization move, it is estimated that more than 5 Lac Crore may come to the Govt. in the form of extinguished notes, taxes, and penalties. The money the Govt. realizes this way is enough to take care of the country’s administration for the entire fiscal.

Reduced instances of tax avoidance
This is one of the major advantages of demonetization. The drastic move can considerably reduce tax avoidance. Whatever money is deposited or exchanged will be kept track of, by the income tax authorities. This way, more and more people will be quite hesitant to involve themselves with tax avoidance tactics. Dealing with real estate and jewellery business will constantly hit the radar. Loan transactions will also be under constant scrutiny. The IT department will also be extra-vigilant towards curbing such malpractices. Tax avoidance can turn out to be a very good boost to the Indian economy. Increased flow of taxes can enable the Govt. to undertake public welfare measures.

Increased GDP levels
Reduced tax avoidance can lead to a better flow of clean money into the economy. In the longer run, tax and interest rates are expected to come down as higher income tax collections can offer a better scope to reduced rates of interest on loans. Housing loans can be offered at reduced rates of interest. This, in turn, will hike up the disposable income of the economy. When more and more people enjoy disposable income, the GDP or Gross domestic Product levels of the economy can improve by quite a deal. Better purchasing power among people can leave a positive impact on the consumption demand, in the longer run. The core advantages or benefits of demonetization are therefore discussed as a part of the segment!