Are we seeing the return of risk-on trading among FPIs? 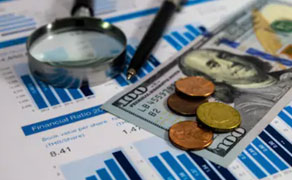 What exactly do we mean by risk-off and risk-on trading by Foreign Portfolio investors (FPIs)? Risk-off buying refers to FPIs preferring the safety of putting money in developed markets in search of safety and stability. Risk-on buying, on the other hand, refers to FPIs investing more in high risk emerging markets in search of alpha. Normally, when there is uncertainty in the global economy, FPIs tend to prefer risk-off investing while they prefer risk-on investing when they are positive on the growth of the global economy overall.

While Asian emerging markets refer to a number of key economies like Taiwan, South Korea, Indonesia, China and India; the one economy that stands out in terms of higher growth potential and less dependence on dollar and commodities is the Indian economy. There is an interesting trend in terms of FPI flows into India. Between October 2016 and January 2017, FPIs pulled out nearly $12.51 billion from Indian equity and debt investments signalling a clear shift to risk-off investing. Apart from the prospects of the US Fed hiking rates, the demonetization also dampened FPI interest in India. However, the tables appear to have turned sharply between February 2017 and April 2017. During this period, FPIs infused a massive $14.50 billion into Indian equity and debt wiping off the entire outflow of the previous four months. So can we conclude that the investment approach of FPIs to India has decisively shifted from risk-off to risk-on? There are 4 reasons why we believe so..

Fed has been less hawkish and RBI has turned neutral
A very important criterion for global investors to allocate money into Indian debt is the yield differential between the US benchmark 10-year and the Indian benchmark. Since late 2015, the US economy had maintained a hawkish tone while the RBI had continued to maintain its dovish tone. This variance had substantially narrowed the yield differential between the US and India. For FPI investors that was a signal to move out of Indian debt and into US debt. That was the trend that played between October 2016 and January 2017. Two things changed after that. Firstly, the US Fed has guided for an additional 2 rate hikes during the current calendar year as against 3 additional hikes that the markets were expecting. Secondly, the RBI very clearly shifted its policy from “Accommodative to Neutral” indicating that the RBI may also be willing to hike rates if the situation called for. That shift in the RBI stance gave a lot of confidence to FPIs that the yield differential may not narrow materially leading to reversal of flows into India. That appears set to stay!

Demonetization hardly disrupted the India growth story
Even the International Monetary Fund (IMF) in its “Spring Review” of global growth has called the Indian demonetization program a huge success from a long term point of view. The fear for FPIs back in November 2016 was that the demonetization exercise will create a liquidity crunch in the economy and suppress growth. But subsequent estimates of full-year growth have shown a very marginal decline and that too is not exactly attributable to the demonetization exercise. Also the remonetization that began in January 2017 is expected to result in bumper positive impact on growth in the coming quarters. FPIs are now reconciled to the fact that the shift from cash to digital will actually be long-term accretive to the Indian economy. As the IMF put it, “the benefits of demonetization will be visible in India for a long time to come”.

A more credible story of sustenance of the reforms process
After the shock defeats that the ruling BJP suffered in the states of Delhi and Bihar, the institutional investors were increasingly sceptical about the continuation of the reforms process. Typically, governments in the past have tended to shift towards populist rhetoric as elections approached. However, the government has managed to maintain its reforms focus including maintaining fiscal discipline in the midst of pressing expenditure demands. Event the recent budget has eschewed any populist measures. But above all, the emphatic victory for the ruling NDA in Uttar Pradesh will be seen as a popular endorsement of the reforms process. This not only brightens the chances of continuity in the 2019 general elections but also reassures FPIs that the government will not exactly flinch when it comes to undertaking difficult reforms.

Lastly, it is all about the strength of the Indian Rupee
In the aftermath of the demonetization exercise the INR had breached the 68/$ mark and the general consensus was that the INR would weaken to the 72/$ levels by March 2017. However, a combination of growth revival and strong FDI flows resulted in the INR strengthening rapidly to the 64/$ mark. This has left a lot of FPIs with a left-out feeling. The rapid inflow of FPI money into India in the last 3 months has been with the intent of making the most of the strengthening rupee. These flows are likely to sustain because a strong rupee will ensure that the dollar profits of FPIs will be protected. That could be the most critical trigger driving FPI flows into India in the coming months.

It is hard to say about emerging markets (EMs) in general, but India had definitely seen a decisive shift from risk-off selling to risk-on buying. If the investment cycle also picks then corporates will see an improvement in their top-lines and bottom-lines. That could be the icing on the cake!