Does the RBI have a strong case for a rate cut? 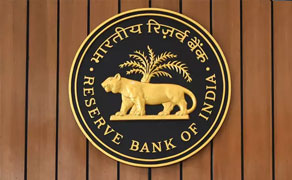 As the Indian markets prepare for another monetary policy announcement on June 07th, the big question is whether the RBI will look at a rate cut at this point of time. The market consensus appears to be that the RBI will hold on to rates in its June policy. But that may not be too critical. What is more important is whether the RBI will actually change its monetary stance back from "Neutral to Accommodative". Remember that in the February 2017 policy the Monetary Policy Committee (MPC) had made a clear shift in the stance of monetary policy from "Accommodative to Neutral ". That may probably be the first step. But first, is there a macro case for a rate cut?

1.  Inflation is coming under control

The first case in favour of a more dovish monetary policy is that retail inflation (CPI inflation) has been on a consistent downtrend. The chart below captures the monthly inflation for the last one year and there is a distinct downtrend since July last year.

Two things emerge from the chart. Firstly, the normal monsoons in 2016 followed by a bumper Kharif crop has resulted in a consistent fall in inflation from the peak of July last year. Secondly, non-food inflation which is influenced by oil prices has been sticky but with the supply glut likely from the US and the problems in Qatar, we could see oil inflation also staying subdued. Also, in the last 1 year, the base effect has not played a very major role in inflation.

2.  Growth in GDP has been tepid

The GDP estimates for the fourth quarter and for the full year released on May 31st 2017 were fairly disappointing. If we look at the Gross Value Added (GVA) as captured in the chart below, the downtrend is clearly visible in the last 5 quarters.

One of the key drivers of the weak growth in the last 2 quarters was the lag impact of demonetization. In the October 2016 policy (the last time the MPC cut rates), the members of the MPC had specifically highlighted tepid growth as the reason for a 25 basis points rate cut. However, post that there was the demonetization exercise which led to a sharp surge in deposits with the banking system. Most banks dropped their MCLR by up to 90 basis points with the result that the entire shortfall in transmission was covered. If the credit growth did not pick up after the sharp fall in MCLR, it is doubtful if the impact on growth will be felt by another rate cut.

Why the RBI may require some more time

The only major difference between the last policy and the current policy is the GDP coming in lower for the fourth quarter. That was on the cards as a lag effect of demonetization. That may not be ammunition enough for the MPC to modify its stance and implement a rate cut.

The MPC would still want to assess the outcome of the monsoons and the Kharif estimates before taking a view on food inflation. As of now the last available CPI inflation data point is April 2017 and the MPC may require at least 2-3 more data points to assess the impact of monsoons.

There is the all-important GST that is likely to be effective from July 01st. The experience in other countries has been that GST has the tendency to be inflationary in the initial months. The MPC may be in an uncomfortable situation if the inflation starts rising in the aftermath of the rate cut.

The entire process of lower rates translating into robust credit growth pre-supposes a very smooth credit delivery system. Considering the stressed assets of banks currently, that is obviously not happening. That is also something the MPC would be keen to assure itself of.

The MPC also cannot ignore the imperatives of the global environment. The FOMC is expected to hike the Fed rates in its mid-June meeting and any rate hike by the Fed will narrow the differential between US benchmark yields and Indian benchmark yields. A narrowing of yields is normally a signal for FPI flows in debt to reverse from emerging markets and turn risk-off. That situation could only get exacerbated if the MPC cuts repo rates at this point of time.

The June RBI policy may focus on preparing the markets for a shift in the stance of monetary policy from "Neutral to Accommodative" subject to an enabling macroeconomic environment.

The second step in the process will be in the August Policy wherein the MPC may look to shift the stance to accommodative and probably experiment with a 25 basis points rate cut.

It is a lot more likely that the MPC may actually look at October as the key decision point. By then there will be clarity on monsoons, on the lag effect of remonetization, on corporate credit appetite as well as the trajectory of global interest rates.

While an outright rate cut in June looks quite unlikely, the focus will be more on the wordings of the policy and the subsequent minutes of the MPC, which will be released in the second half of the month. But this policy could definitely set the tone for a more dovish approach to monetary policy.