FDIs boon and its flipside 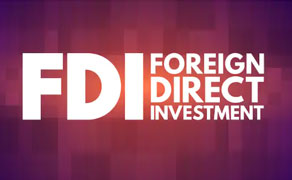 India is a developing country. The ‘ing’ at the end means that a lot of things in our country are in transition and in motion. We are blessed with some great resources – human and natural; and not so blessed in others – capital and know-how. In the global economy of today, we will be exporters of resources that we have in surplus – look at our quality human resources migrating all over the world and remitting large sums back home – and importers of resources we fall short on. On the other hand, many developed and developing countries have a diametrically opposite resource situation to contend with. They have capital and know-how but no large markets to tap into anymore. They are looking for the upwardly mobile, entrepreneurially savvy Indian middle class to reach out to and sell to.

This investment that these multinational companies make and are further looking to make in our country is known as foreign direct investment or FDI. It has the term direct in it because this refers to them not looking to take a stake in an existing Indian company through the primary or secondary markets, but actually coming to the country, setting up manufacturing, servicing, branch facilities and conduct business. This is the biggest difference between Foreign Direct Investment (FDI) and Foreign Indirect Investment (FII). It is said that there is no greater show of confidence for an economy by the foreign community as FDI. It shows not just a belief in the success story of the company but also a faith in its systems and regulations,to ensure that business can be done profitably and efficiently.

In today’s capitalised world, FDI plays a very significant role. It helps bring down disparities across geographies and bridge the gap between the haves and the have nots. Markets with huge potential but with very little indigenous capital and know-how can benefit greatly from FDI investment. It shortens their learning curves and elevates the lifestyle of the common man. For example, the opening up of FDI in airfares brought down the fares to such levels that it became more accessible to people who had hither to only traveled by train because air travel was meant only for the very rich.Similar transformations have been seen in telecom and e-commerce as well.

It is because of FDIs that developing economies leapfrog technologies rather than following the same trend of technological evolution as the developed world. While the western world saw the advent of pagers for a long while, India simply leapfrogged that technology because by the time India had the capabilities for using the pager, the mobile phone has become economical and western capital and know-how had been flushed into the Indian economy.

The flipside of FDI is that it has an adverse impact on indigenous businesses. Many Indian companies struggle to compete with their mass-producing, cost-efficient, mechanized, multi-national counterparts. A sudden influx of FDI doesn’t give indigenous businesses the chance to keep up.In many cases, not being able to keep up could also mean being taken out of business completely. If the influx of FDI hampers entrepreneurial activity in an economy, it slows down the economy drastically. This is because even though more goods are being made and consumed, the money made from them often goes outside the economy to the multinational company’s home county. This leads to an adverse impact on the Fiscal Deficit and the GDP as well.

So Government policy-making is often driven by these two opposing forces. It is a case of balancing the pros of FDI with the cons and taking decisions on a sector-to-sector, period-to-period, case-to-case basis.

FDI and the retail investor

The Government’s recent Make In India campaign is a push to get more and more foreign companies and Indian companies to manufacture in India. If successful, it will lead to more jobs and higher economic activity.

It however also depends on the quality and reputation of the multinational making this investment. The investor would do well to widen his research to understand the same things about the multinational as well – its financial position, its assets, future plans, reputation and quality of manpower and market potential. After all, only a good investor will make a good investment.

Any sector attracting FDI is a strong endorsement of its fundamentals being robust. For the retail or small investor, it means that the revenue streams of that sector/company are strong. The future plans are reasonable and profitable. The management is stable and capable. So you know when to invest, and on whom.