The difference between a good stock idea and stock returns 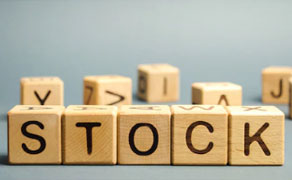 Why do some great stock ideas not always generate stock returns? This is a question that is quite hard to answer. When the DTH business was first launched more than 10 years back, almost every broking house interpreted it as the next big thing idea in digital media convergence. A full 10 years later we are yet to see outperformance from these companies. Similarly, telecom started out with tremendous promise but has consistently underperformed in the last 7-8 years. The potential of these sectors is humongous but it is not translating into stock markets returns. If you scour through the market you will find a large number of such examples. Why do all good ideas not necessarily translate into good investments for investors? We see five possible reasons for the same..

1.  There is a tipping point for each company
This is a very important point. Take the case of Apple which was formed in the late 1970s almost at the same time as Microsoft. But Apple’s real big moment and outperformance came almost 3 decades later when the I-Phone was launched in 2007. A combination of smart phone technology, better connectivity, cheaper bandwidth and a great customer-centric product created the tipping point for Apple. Take the case of Eicher in India, which has been around for many years. The tipping point came in 2009 when the company made a conscious shift into high-end motorcycles. This changed the entire economics of the business. Not all great ideas fructify immediately as we saw in the case of Apple. It is only when the company reaches that tipping point that you begin to see shareholder returns.

2.  Scale matters and that is what takes time
Great ideas are meaningless unless they can be executed with scale. Take the case of Infosys. The company was riding the wave of global outsourcing since the early 1980s. The stock was first noticed when the technology boom happened globally 18 years later. But the real tipping point for sustained performance came when Infosys could leverage size post 2000. In the telecom space one needs to compare Bharti Airtel with RCOM or with Tata Tele to understand the importance of scale. While Bharti Airtel could manage to scale up its business substantially, both RCOM and Tata Tele failed to scale up to profitable levels. That meant that they continued to underperform the market before finally selling out. Apart from the tipping point, the ability to handle and deliver scale is what makes the difference to stock returns.

3.  Great industry and poor management can give bad returns
We have seen such cases all across the globe. There have been badly managed companies in the best of industries. Satyam within the IT pack is a classic case in point. Similarly, within the real estate space while DLF has sustained its business model and the likes of TTK have prospered, Unitech paid a huge price for bad management decisions. You may be in the greatest industry but bad management and bad decisions can make a huge negative impact on your business performance. So, while an Indigo could actually grow the aviation business, Kingfisher pushed itself towards bankruptcy. At the end of the day, the quality of the management and quality of decision making matters a lot!

Over investment and over-leverage: the two sins of business
A great business with an entry at the right time can still be a disaster in terms of returns if the company either over-invests or over-borrows. Take the case of most of the metals and infrastructure companies in the last 10 years. Companies like GVK and GMR are struggling due to over leverage in their books. In the steel industry, while Tata Steel and JSW have avoided the bane of over-investment look at what happened to stocks like Essar Steel and Bhushan Steel? Even in the auto ancillary space, while the likes of Bharat Forge and Motherson Sumi have thrived, erstwhile leaders like Amtek are almost out of business. When you over-leverage you add to your financial risk. When you over-invest you depress your ROE and ROI beyond repair. Both are negative for stock market returns.

Not being adaptive enough to shifts in the environment
This is slightly more subjective and is based on the idea of Darwinism. Charles Darwin, who propounded the theory of evolution, said that the species that survives is not the strongest but the most adaptable. Same applies to companies too. Look at the companies that survived in the last 30 years and are thriving today. These are the companies which reinvented themselves in bad times and changed their business focus accordingly. Take the case of Kotak Bank. It emerged as an NBFC from one of the worst carnages in 1998, converted itself into a bank and today has a market cap that is more than ICICI Bank. During the same period, there are tens of thousands of NBFCs that just went bust. RIL is another case in point. It saw the potential of petrochemicals, scale in oil and data much before the others. It is hardly surprising that it enjoys the highest valuations in the Indian market.

The crux of the matter is that not all good ideas lead to good stock market outperformance. There is many a slip between the cup and the lip. The above 5 factors capture just that!